On April 26, 2016 the people of Pennsylvania exercised their right to vote in republican and democratic primary election. The Primary Election is the election when you vote to who you want to see on the ballot for president in November. As a high school member of the Committee of 70 it was my duty to visit as many polling places in the 21st ward of Philadelphia, help voters with any questions they had about the ballot, collect sample ballots and ask voters 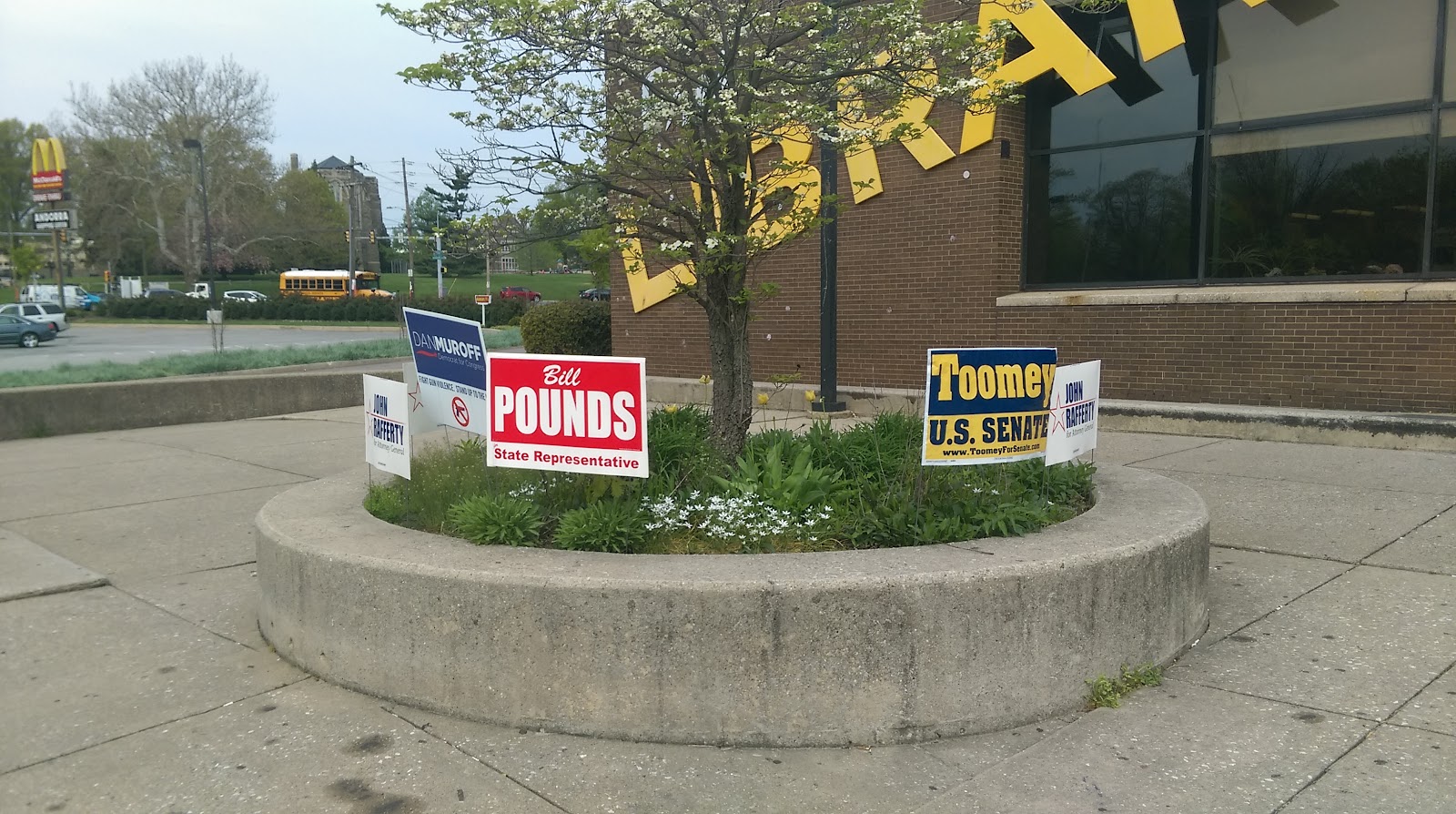 after they voted unbiased questions to help better the government in Philadelphia and Pennsylvania. We asked the voters five questions after they casted their ballot, (1) Would you support allowing voters the option to request and submit absentee ballots before Election Day without offering a reason or excuse?; (2) Would you support allowing voters the option to vote for a certain period before Election Day at a select number of early voting locations?; (3) Would you support amending the PA Constitution to create an independent Citizen’s Redistricting Commission's responsible for drawing Congressional and state legislative districts?; (4) Would you support allowing independent and third party voters to vote in primary elections?; (5) Would you support allowing young people aged 16 and 17 the opportunity to pre-register to vote? (Voters must still be 18 or older to cast a ballot)? Something that was interesting to me was when I introduced myself and told a woman what I was there for and asked her if I could ask her questions she asked me what kinds of questions I had. I then told her I was with the Committee of 70 and that it was a non-partisan group, she then answered the questions. I thought this was interesting because she would most likely not have answered biased questions. Something else that I was excited about was that the voters knew how to answer the questions I asked and did not need a background to them. In Ward 21 I went to 4 different voting locations, Cook Wissahickon School, Andorra Branch Library, Houston Recreation Center, and Saul High School. I had the best experience at the Recreation Center because of the people that were also their outside of the polling office. They informed me and my group that there was an African-American male that was furiated with the Proposed Charter Change Question #3, which we decided was worded incorrectly and could be threatening when read by an African-American male but not threatening when someone from a differently ethnicity and/or background is reading it. There were only two people out of 24 would not stop and answer the questions which is a lot less than what I was expecting. 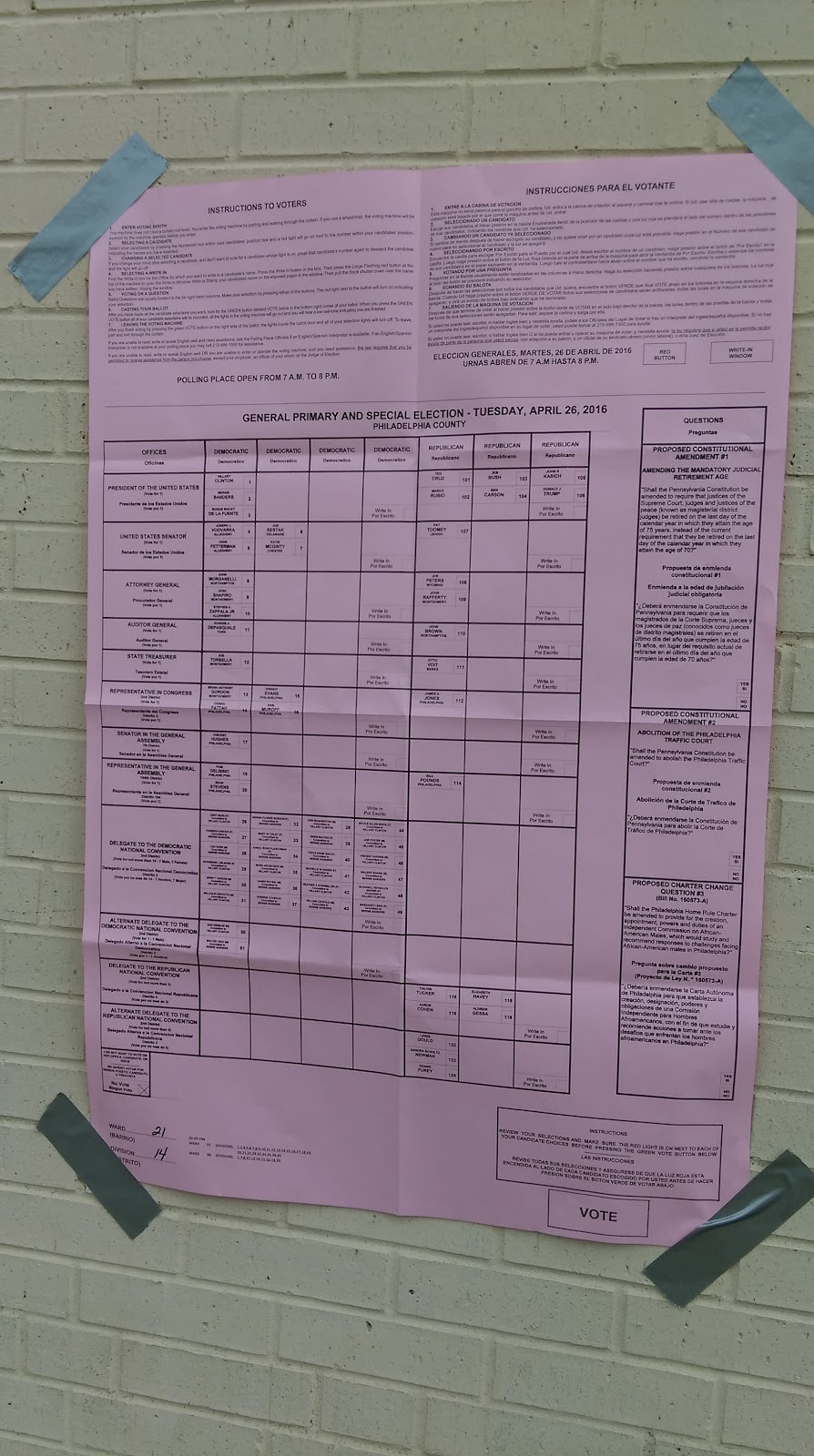 (Photo of the ballot taken at Cook Wissahickon School)