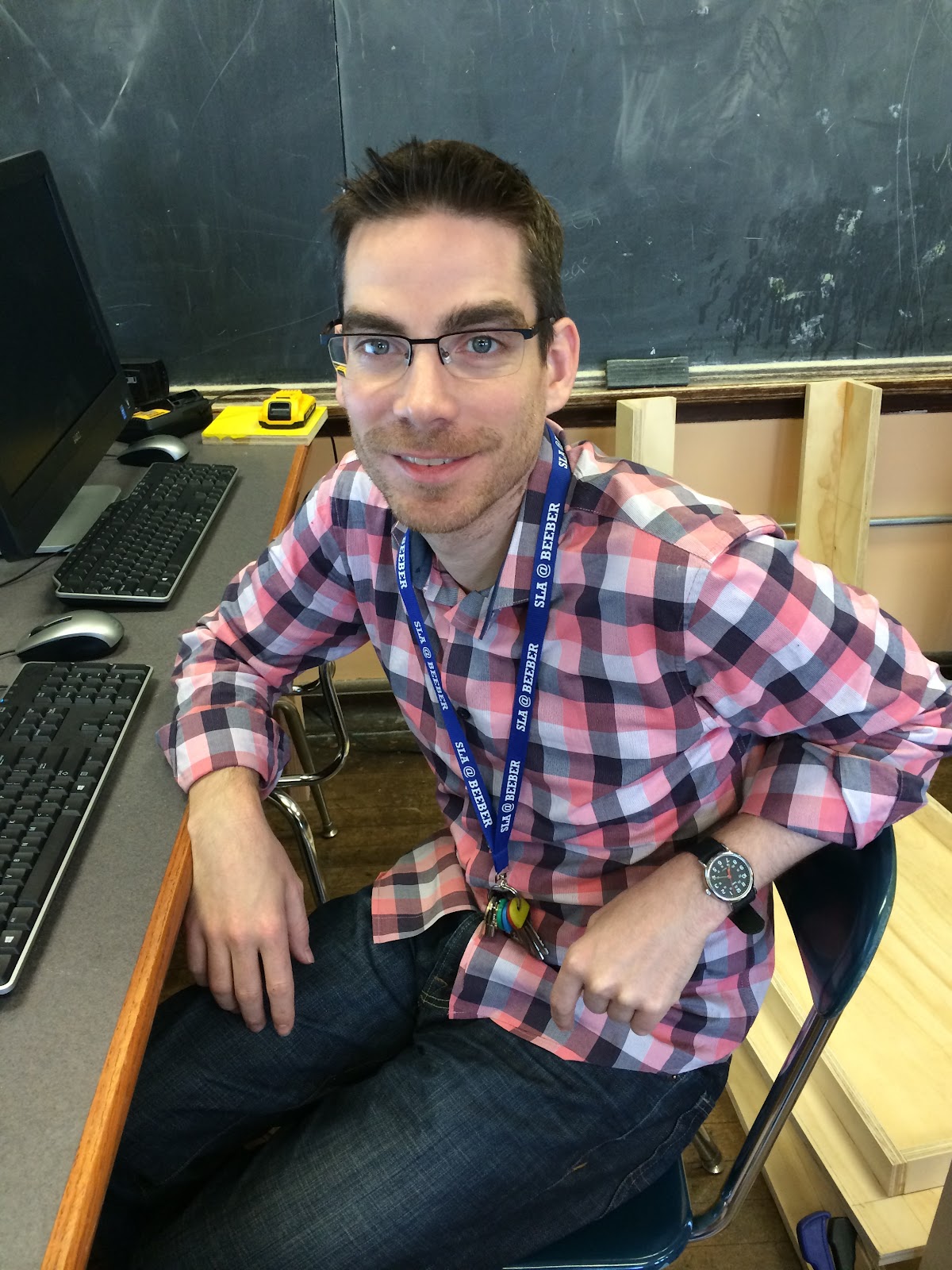 What are you proudest of in your life?

“I think the thing that I am proudest of was taking a really big risk when I was twenty six years old. I left my job at Lockheed Martin for a year to go to Chicago as part of this volunteer program and when I was in Chicago for the year, I actually got a volunteer placement working at a school and thats what put me down the path of becoming a teacher.”

If you could snap your fingers and make one thing better in the world, what would it be? Why?

“I think that I would want to make just prejudice and racism kind of go away because I feel like that just creates barriers for allot of people that are just are too hard to overcome.” Do you think if we overcome those barriers the world would just be a better place? “I think that would be one potential solution, yea its tough to say.”

Who has been the biggest influence on your life?

“I think the biggest influence on my life probably was my uncle because growing up my uncle was actually also an electrical engineer and thats what got me interested in electronics when I was really young, which then lead me to college for engineering and that definitely had a profound impact on me.”

What are the most important lessons youʼve learned in life?

“Well interestingly, I feel like one of the most important I’ve learned has been, sort of in the last five to ten years and that has just been to, in some respects, do as much as possible because I feel like the more things you get involved with, the more people in that working so that you can accomplish, and that just opens up opportunities and ideas to do things with your life that you probably never would have considered.”

“In ten years, I think I would, hopefully, like to see myself still working at SLA. In twenty years, I think I would like to see myself, possibly running some sort of business on my own.” Why do you see yourself there? “I just really like different things. I think there is something to be said about changing what you do, hence why I started as an electrical engineer and now I’m teaching and I am not 100% sure that I would like to spend the rest of my working years as a teacher, I might want to try something else.”

“I think I would like to be remembered as someone who is willing to take challenges, push themselves and take risks.”

Audio of the Interview.