Posted by Angel Rivera in Environmental Science on Wednesday, January 15, 2020 at 11:00 pm

Our PSA has many different components to it such as various statistics, images of litter in Philadelphia (cred. to Catherine), a news interview on the littering problem in Philadelphia via Mayor Jim Kenney, a scripted PSA explaining the various negative effects of littering outside of Philadelphia, and a poem about littering (cred. to Kasai). I chose this topic because littering is a huge, huge problem in our city and needs to be addressed more. I was the director for most of the footage present and composed the video. One thing I am proud of is that I made sure everything was organized. I made sure everyone was on task and doing their role. If we did anything differently it would probably be focusing on our city more than the general world. The most meaningful part of creating the PSA was just the knowledge and awareness we were able to bring to everyone. Everyone litters so much and hopefully, our PSA can change the minds of our peers and cause them to walk to the nearest trash can.

Billions of pounds of clothing are wasted/thrown away by Americans every year. Our goal when we created this sustainable business was to greatly reduce that amount. The clothing and textile industry is very harmful to the environment. By recycling clothing, some of the pollution and damage that is being done to the earth during clothing production can be avoided. More than 2,700 Liters of water are used to make a single cotton t-shirt, toxic acid gasses like hydrogen chloride are emitted into the atmosphere, etc. If we all thrifted/recycled our clothing, this pollution would be greatly reduced. We can create a sustainable future by recycling or resources rather than throwing them away, reducing the amount of time spent and pollution created by making new material. Recycling clothing reduces water pollution, the amount of greenhouse gases being released, as well as the amount of materials harvested from the earth/animals.

Posted by Angel Rivera in Environmental Science on Thursday, September 26, 2019 at 8:52 pm

Tsunamis are enormous and destructive ocean waves triggered by earthquakes under the seafloor.

Hydrosphere: During tsunamis, saltwater from the oceans rushes the land. This pollutes groundwater beneath the soil. Groundwater is supposed to be freshwater as it supplies drinking water to 51% of the U.S. population and 99% of the rural population.

Geosphere: Tsunamis wash away and displace a lot of the soil and rock they come in contact with once they reach land.

Biosphere: Just like all natural disasters, Tsunamis kill many humans and animals when they hit land. They beach many land animals and leave the land flooded, ultimately drowning plants.

The Atmosphere is not impacted by Tsunamis.

An understanding of environmental science can aid in the handling of natural disasters because it can better prepare people by making them knowledgeable on what exactly they’re dealing with and more importantly how to prepare for it if they cannot avoid it.

To create a sustainable future, most importantly, we must do things to reduce climate change. Not only is climate change negatively impacting the biosphere, but it is a factor in the increase of natural disasters. We need to do many things such as:

-Ride a bicycle to reduce air pollution from vehicles, etc.

Posted by Angel Rivera in Biochemistry 2 on Wednesday, May 22, 2019 at 8:30 pm
The Media Team was tasked with the creation of a magazine on Climate Change as well as an instruction manual for building an Aquaponics System. During this project, I took on a huge responsibility as my group was narrowed down to only a few people who were actually working. I created the Media Team's  magazine with the well-needed help of my colleague, Douggreco Askew. In addition to this, I helped him make small edits on our instruction manual. We (Doug and I) actually both acted as the managers of the Media Team.
Media Team Instruction Manual: https://docs.google.com/document/d/1c1VdeQuqzNsY8Dlh6sKJ4Klk74LZ09g-VuP8-9cpDaw/edit
Media Team Magazine: https://www.canva.com/design/DADZjCYNMtc/x8GCDcRZBdtxJLrjuemn7Q/view?utm_content=DADZjCYNMtc&utm_campaign=designshare&utm_medium=link&utm_source=sharebutton#6
B-Band Aquaponics System/Tank:
Posted by Angel Rivera on Friday, March 22, 2019 at 5:40 pm
​During this project, we researched the reproductive systems of several diverse organisms including humans, frogs, house cats, and earthworms. We gained copious amounts of knowledge on each of these diverse reproductive systems as well as how they compare and contrast to each other. All of these organisms have very different reproductive systems and ways that they reproduce, cats and humans being the most similar to each other. We worked very well as a group and came across few complications, confusion, and some minor setbacks, but everything turned out great in the end.
Here's our work:
https://docs.google.com/document/d/1xvYPY3QXD-kupDIOf6WZtaJibmp8BLXhYNBbL-yI_GI/edit?usp=sharing
Posted by Angel Rivera in Biochemistry 2 on Wednesday, January 9, 2019 at 11:36 pm
​This study guide was created for students by students to aid the process of studying for the upcoming Biochemistry Keystone (1/15). This website will hopefully make the long and hard process of studying easier for everyone by providing easy access to information you will need to do so.
-Angel and Doug
https://adrivera20.wixsite.com/biokeystonekramming
Posted by Angel Rivera on Thursday, May 25, 2017 at 11:09 am
Posted by Angel Rivera in Technology- Freshmen on Thursday, December 15, 2016 at 12:45 pm

Immediacy pertaining to the internet is when you do something on the internet it immediately could go out to your internet service provider.

Permanence pertaining to the internet is when you do something, you can't really undo it.

Lack of control pertaining to the internet is when you post something or do something on the internet, you have no control over who does what with your stuff.

You can protect your identity by not sharing certain information that could be considered as private. You can also protect your reputation by not posting or sharing private things that you shouldn’t share with anyone online.

The internet does have rules but people don’t follow them

Cyberbullying is harassing or bullying someone online. It can be done intentionally or unintentionally.

-Ignore mean things people can say.-Don’t jump into arguments on social media.-Don’t say mean or hurtful things to people online.-provide advice for people who are actually being bullied.-Don’t share personal information with anyone you don’t know.

‘If I can't unsee this then you can't either!' Playboy model Dani Mathers sparks a huge backlash after body shaming a naked woman in the gym showers on Snapchat.

Model Dani Mathers body shamed a woman taking a shower at the gym and put pictures of her doing so on Snapchat and captioned them “If I can’t unsee this, you can’t either”. Apparently, the photos she took body shaming the women were supposed to be used in a private conversation and shared with one person. After she posted the pictures to her thousands of followers, she was called out for body shaming and sued by the woman she body shamed. She immediately apologized for her actions after being bashed on social media by millions of people.

Her actions have had a major impact on her reputation and how people see her as a person. People that have not known her before this incident have had a horrible first impression about her. The story and the images are still circulating around the internet and she cannot remove them because the pictures have been screenshotted, saved, reposted, and shared around the globe. This has to deal with lack of control, when you post something, you have to be mindful what you post because it can be shared in an instant and you cannot control what happens to your post and what people do with it. It technically will never be deleted.

When she posted those pictures to social media, she couldn’t undo it. This has to deal with permanence. What she posted would never be erased and whatever she did on the internet is permanent and will circulate around on the web forever.

People started sharing, reposting ,and screenshotting the photos that the model took immediately after she shared those pictures. This is how the person she took the photos of eventually found out about the photos that were taken of her. This has to deal with Immediacy . Immediately after you post something, people are already viewing it and sharing it with others.

My advice for what Dani Mathers on what she should have done during that situation would be that she could’ve kept her thoughts to herself. It was not necessary for her to put her negative thoughts about another person on social media. Especially if it’s negative or hurtful because that can lower people’s self confidence and cause them to harm themselves. 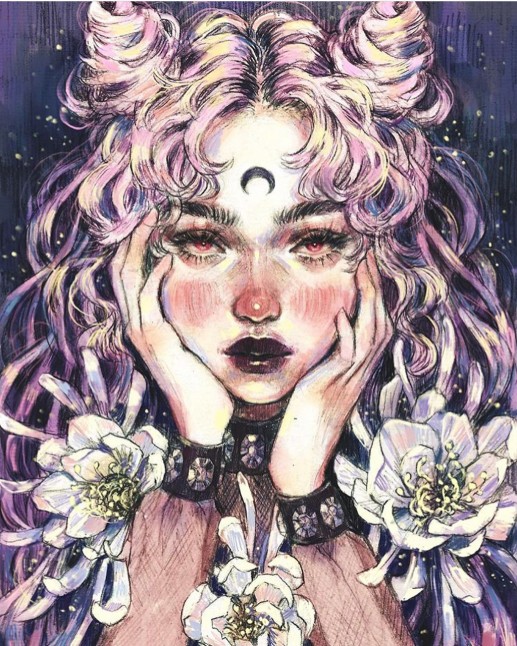