Angie´s artist statement- We decided to put lights around the hat in a loop form because we thought that it would be cool to make a hat light up using batteries and wires. We light the idea of putting the lights in the hat every since we mentioned it and we really hopes this works. We believe that this idea was really good and we think that we did the best we could with this hat. This was a very fun experiment with the hat.

Trinati´s artist statement- I chose this object because nobody else was doing a hat in my class and I wanted to be different. I created this hat so I could see in the dark at nighttime. I decided to put the lights on the cap part of the hat because I thought it would be cool and people would notice the lights more. This project was the most creative and fun project.

Posted by Trinati Massenburg in FreshmenArt on Thursday, May 25, 2017 at 9:33 am
The person who lives there is a person that  is a perfectionist, and loves nature. We see a room with a lot of lot and some plants. The room looks relaxing because there is going to be light colors. The three personal items are a vase, a bowl, and a pair of socks.
Posted by Trinati Massenburg in Technology- Freshmen · Hertz · e2 on Wednesday, December 14, 2016 at 10:56 am
1,The internet has changed communication ,because now you can communicate with anyone however you want. For an example you can facetime someone to communicate with them.
.2.Immediacy is when you post something online. That post will automatically share with other people. For example when you post something on instagram people will see your post. Permanence, is how permanent the post is online. The post will always be there. For an example when you post something you regret someone can screenshot it and post it on the internet. Lack of control, is when there is when you cannot control who sees your post. For an example you post a picture but you didn’t want a certain person to see it, but they saw it because you have no control over that picture.
3.You can actively manage by being active online but posting influential stuff.  Protect your identity by not posting things that are inappropriate.
4.The internet does have rules because you are allowed to block people and if you say or post something inappropriate you can get reported. Another example is that you have to be a certain age to sign up for a social network,but people don’t listen to it .
5. Cyber bullying is when you harass someone online just to make them feel bad about themselves.
6.Harassing is when you sent offensive things to someone multiple times. This is considered cyber bullying because you are lowering someone else’s self- esteem. Outing when you post personal information about someone without their permission.  This is considered bullying because you are spreading rumors about someone.
7.Victims should check their account for hate and be aware of what they are posting.
8.- Don’t post personal information
- Be aware of what others post

The article i am doing is about a girl named Jessica Logan, a 18 year old girl who went to Sycamore High School. Jessica sent nudes to her boyfriend, when they broke up he sent her nudes to everyone. The high school girls began to harass Jessica and calling her names. Jessica should've thought about the consequences of her sexting to her boyfriend. Immediacy, Permanence, and Lack of Control played in this story by the Permanence of the photo that Jessica sent to her ex-boyfriend.Lack of Control that Jessica had of the photo and the people who saw the photo. The Immediacy is when she sent the photo to her boyfriend and realizing that she could not control where it was gonna go. 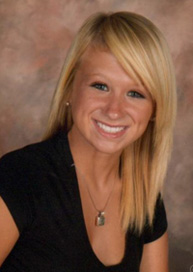