You remember the Day

Do you remember the day

The day when I officially gave you way?

How you were so happy to stay

Just remember this love path is a two way

So are you ready to get out the driveway?

It was the eighth of June

When we got out at noon

When we got to the field

Is when he broke down your shield

We were laying in the grass

Can you be my girlfriend he then ask

The excitement i couldn't mask

As the days went by

Making me hate to say goodbye

We all have our doubts

Will this just be a love drought?

Or will he teach me what love is truly about?

So i'm just thinking about the future

But for now i am a junior

Typing on her computer

I am not gonna stand here and lie

When her feelings began to show

We both tried to cover it

We thought we were using a blanket to hide

Hide the emotions that seeped through

Not knowing that the blanket was see through

We thought if we doubled the blanket

It would make it hard to see

We were scared of having it just out

Thinking about what would happen

Would he take it and throw it away?

Leave it and forget about it

We didn’t want to take a chance

So we tried to add another layer

Praying this could be the one

The one that would even destroy those feelings

We weren't ready to face another heartache

So we added more layers

Then he walked up to us

And snatched the blankets away

He looked at the feelings and embraced them

Loved ones he hasn’t seen in years

He turns to her and revealed his feeling too

Why are you so open?

She gave this stranger her love so fast

But fortunately, she made the right choice

Not afraid of the endless possibility of failure

You didn’t let those scare you

What made him so worthy of it

Was it the way he made her laugh

Or the way he made her feel free

That feeling he created made her just throw herself at him

It just feels so pure

The drug has her dependent

The sound of his voice make her skip a beat

The tone vibrates from my ears to her door

As she gets lost in the sound

The sounds that makes her want to risk it all

So Answer me this

What will happen now?

Now that you know how you feel

Now that you understand what's really going on

What will you do?

Will you invest all your love into him?

Posted by Zakirah Boyd in Physics on Tuesday, June 6, 2017 at 9:01 am
I decided to use my pillow because I like to sleep. My pillow plays a big part in my life and deserves to be presented. This pillow tells the world that I appreciate the little thing. Nobody really acknowledge how powerful a pillow can be. I love my pillow and wanted to show the class how much I love my pillow and sleep.
Posted by Zakirah Boyd on Thursday, May 18, 2017 at 2:57 pm
​She was a medium size, African American women with long dark brown hair. She also had a eye for fashion, so whatever she owned had to be eye catching. On the floor she a beautiful rug that had unique patterns. Her mother gave her a wooden coffee table before she died so she put the table over the beautiful rug. Lastly she a painting that she got when she travel to Paris. The painting was one of her favorite memory, she spent a lot time in Paris for a business trip.
Posted by Zakirah Boyd in Technology- Freshmen on Monday, December 12, 2016 at 10:04 am

Slide 1- Before social media, we were extremely limited in our means to interact with others and we were limited largely to the people that we knew in-person.The internet and social media has drastically changed the way people all over the world interact and communicate. People are now able to access information and share things in a way that was not possible in a previous generation. Social networks such as Facebook have provided completely new options for people to socialize, by creating individual profiles that can be used as a digital scrapbook, photo album, journal, and communications portal. Users can send each other public messages, private messages, or instant messages, and can even group their “friends” into different levels depending upon the amount of information the user wants to share with that person.

Slide 4- Permanence- something being permanently online.

Slide 3- Immediacy - how fast something gets spread or post online.

Slide 5- Jessica  Logan, was a Ohio high school senior who committed suicide after sending a nude photo of herself to her boyfriend. When they broke up, he sent the photo to everyone else at her school. Jesse was harassed for months by the other girls at her school. Jessie’s grades began to drop, than she started skipping school, but when she did go to school, she would hide in the bathroom to avoid being teased.Lack of Control:The moment she sent those pictures to her boyfriend (at the time) she had no control over what happened to them or what people would do with them.Immediacy:When her ex-boyfriend sent those pictures to everyone in her school, there was no stopping it. Even if the pictures got “deleted”,everyone saw the pictures already. People could have screenshot, share, and post it on the internet for everyone else to see.Permanence:It's nearly impossible to completely remove a picture off the internet, because there's always a chance that someone downloaded, or screenshotted the pictures.

Slide 8- When I think of internet rules, I think of these 3 main rules:

1. Don't share any information that could potentially put me in harm.

I am going to use the example of  Jessica logan because when she sent her boyfriend an  inappropriate picture he sent it out to everyone and she began to get bullied which ruined her online and offline life, and it led to suicide.

.Mashups- Altering a piece of content so as to embarrass or insult the subject

Trolling- Posting online comments or content with the sole purpose of inciting anger in others.

Slide 10-  Bystander - Take action by posting words of support for the victim.

Bully- It takes much more energy to be mean than it does to be nice.

Think carefully before posting pictures or videos of yourself.  Once you’ve put  a picture of yourself online most people can see it and may be able to download it, it’s not just yours anymore.

Never give out your passwords

Don’t befriend people you don’t know on the internet

Creativity while learning makes me more interested in the project or task that I am doing. Creativity helps me learn more about the topic and organize my information. Creativity helps me excel when it come to presenting my information for my audience. Creativity helps me lead me and my classmates to a better understanding on direction and organization. Creativity helps keeps my audience focus on my presented work. Without Creativity I will not be able to present my work in a format in which people will understand, they will be so bored and uninterested in my work to even care. 75% percent of my work depends on my creativity and the rest depends on the information that i collected. I feel as though Creativity is a big part of your grade because your teachers wants you to think outside the box when you do things so they can see how you think and who you are. Life is so boring without Creativity because there is nobody thinking outside of the box and creating something exciting and leading others to do the same. When I have a project to do, I first imagine how I will organize it. That’s the best way to plan it out because you know have a goal and you began to do figure out what you can do to get the project where you want it.

Jessica  Logan, was a Ohio high school senior who committed suicide after sending a nude photo of herself to her boyfriend. When they broke up, he sent the photo to everyone else at her school. Jesse was harassed for months by the other girls at her school. Jessie’s grades began to drop, than she started skipping school, but when she did go to school, she would hide in the bathroom to avoid being teased. Jesse Logan decided to tell her story on a Cincinnati television station. Her purpose was simple: “I just want to make sure no one else will have to go through this again.”Two months later, on July 3, 2008, Jessie went to the funeral of a boy who committed suicide, then came home and killed herself. I believe that Permanence, Immediacy, and Lack of Control played a role in this story.

Lack of Control : The moment she sent those pictures to her boyfriend (at the time) she had no control over what happened to them or what people would do with them.

Immediacy: When her ex-boyfriend sent those pictures to everyone in her school, there was no stopping it. Even if the pictures got “deleted”,everyone saw the pictures already. People could have screenshot, share, and post it on the internet for everyone else to see.

Permanence: It's nearly impossible to completely remove a picture off the internet, because there's always a chance that someone downloaded, or screenshotted the pictures.

The only advice I can give to someone that is in her situation is to think about the consequences of sending someone personal photos before sending them. 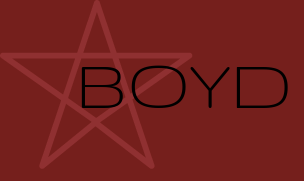