An explanation of how the Internet has changed communication. Make sure to use at least one specific example.

(Immediacy) Is how quickly something can be posted and spread on social media.

What are two ways that you can actively manage and protect your identity and your reputation online? (one of each)

Google Search/ Google Image Search  yourself to be aware of what others see when they search for you. Also, set up a Google alert on your name to track new posts about you.

To protect your online identity remember to think before you post and separate your social life from work and school. For example, create different emails for school/ work and social life.

Answer the question: “Does the Internet have rules?” Use at least one specific example.

The internet in my opinion has rules but they are not known or followed. For example there is terms and regulations for most internet applications but, no one reads them or follow them which results in a lack of order.

Define cyberbullying in your own words.

Cyberbullying is using online applications to harass and intimidate someone, typically by posting unwanted pictures and sending threats.

Provide advice for: victims, bullies and bystanders of cyberbullying

Victims: Always be aware of your online friends and never think that the bullying is your fault.

Bullies: Remember that just because you are behind a screen

Bystanders: Never jump into the situation and always report. Never ever spread the word and information of the situation.

Your Top 5 tips for using the Internet

Creativity while learning makes me feel amazing because I can express myself and without having to be confined to the teachers of ideas of learning. Learning through creativity I feel like is the best way to learn. Learning is a special thing for me and while learning I often times found out things about myself. For example, recently I found out I become distracted while in school/completing assignments because I look at my phone every 2 to 3 minutes. Discovering this has taught me to gain self control and focus more on my assignments and not everything around me.

Creativity while learning especially in high school is important for mostly two reasons. Reason number one is 9 years of kindergarten, elementary, and then middle school there was always an element of creativity and entering ¨normal¨ high school all creativity and fun goes down drain and sometime causes a lack of attention and boredom. Reason number 2 is while in high school that is the time you learn most about yourself. When you are restrained from using your own brain and being put in a box you learn nothing about yourself.

Creativity I feel is a major key to success. While being creative, you learn more about the others around you and your personality traits. Currently attending SLA@Beeber, I noticed that in the classroom setting people have began to come out of their shells and take in new interest. I feel as though learning creatively has even changed my outlook on others and the world. In being creativity I for one has begun to take interest in new sports, t.v shows, and even my friend choices have changed.

On January 7, 2012, a not so typical Saturday, Daisy Coleman, 14,  had spent her night with her best friend, Paige.  Usually, the girls played music, made dance videos and  watched movies. But, their night went downhill when they began drinking from a hidden stash of alcohol. Daisy began texting her brothers friend, Matty Barnett, the defensive end for Maryville High School’s vaunted football team and a member of  an important  Maryville family. “Around 1 a.m., the teens slipped out a bedroom window and were met by Barnett and another boy, who drove them three miles to the Barnett house.” Before leaving the house, both girls were drunk.  Daisy and Paige arrived to the house sneaking through the basement window they found themselves surrounded by the most popular boys at their school, Maryville High.  “In addition to Barnett, there was junior Jordan Zech, a top wrestler and all-state linebacker; a senior football and tennis player whose family owned the popular A Restaurant; a third junior football player; and a 15-year-old who knew the group through an older sibling.” A younger friend of Matty B. took Paige, into a room as soon as they arrived. Meanwhile, they challenged Daisy to drink out of the “bitch cup”, which equalled to about 11-12 shots. Daisy has no memory of what happened after drinking from the cup.  They told Paige to be quiet and sit on the couch while all the boys took Daisy into a bedroom. When they were finished they dragged Daisy to the car to take her and Paige home.

The next morning Daisy’s mom found her laying on the front yard with her hair frozen to the grass wearing nothing but a tank-top and sweatpants. Daisy’s  mother took her into the bathroom to clean and warm her up and recognized redness in her thigh and groin areas; she began to suspect sexual assault. Daisy and Paige went to the hospital, reporting sexual assault and getting a rape kit. Daisy’s alcohol level was  0.13. All the boys were rounded up at the sheriff’s office for questioning. Matty B. was arrested and charged with sexual assault, a felony, and endangering the welfare of a child, a misdemeanor. From the boys confessions, investigators learned the encounters were captured on a phone. This lead to Zech’s,17, felony charge of sexual exploitation of a minor. “Records show that after initially declining to answer questions, Zech said he had used a friend’s phone to record some of the encounter. He said, however, that he thought Barnett and the girl were only “dry humping,” a term commonly used to describe rubbing together clothed. Another teen, however, told police the video featured both Barnett and Daisy with their pants down.” There was then a warrant to search the Bernett's basement, they found blanket, bed sheets, a pair of panties found on a bedroom floor, a bottle of Bacardi Big Apple and plastic bottles of unidentified liquids and 3 phones including the one Zech recorded the video on.

Threats from the accused boys began sparking up conversations, one of the boys posted “I hope she gets what’s comin’ ”on his twitter accounts. “ “She would come to the sheriff’s office on an almost daily basis,” says White of the days following the arrests. “And I would sit down with her and try to answer her questions and explain to her what was going on. And the next day she’d show up, and we’d go through the same thing again.” says Sheriff White. Members of the community turned on the family, and Daisy suffered an onslaught of threats and vitriol both in person but, mostly on social media. She attempted suicide three times. THe family left town and their house was burned down while uo for sale. “In 2014, the man who raped Daisy pled guilty to a misdemeanor child endangerment charge. But mentally and emotionally, the incident still enveloped Daisy.”

The video of Daisy’s sexual assault wasn’t shown online but the negative comments and threats from her community was posted online. Lack of Control affected the situation the most  because Daisy had no control over who would see the video or who would comment their opinions online. Though the video wasn’t posted to social media, the media caused the community to become enraged quicker  and spreaded Daisy’s personal information.  The good to the situation permanency it affected her but in a good way! Daisy now is able to tell her story and aid in stopping sexual assault victims from committing suicide. 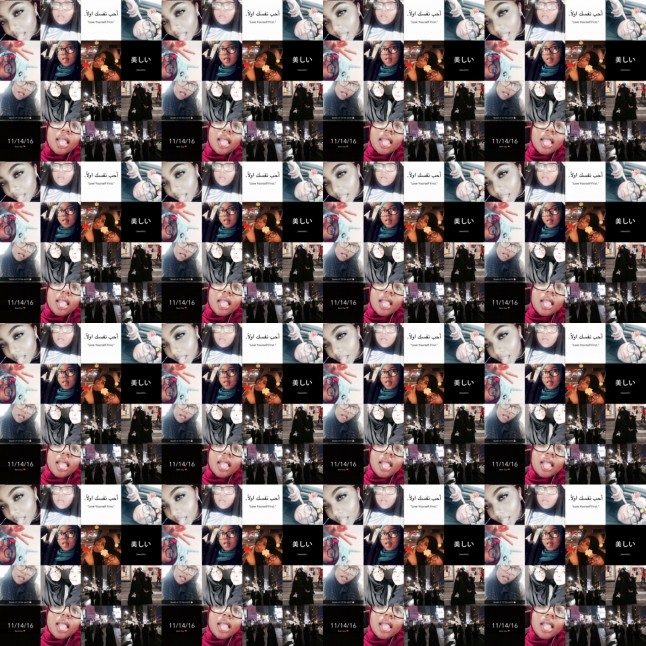