Posted by Gregory Alston in Capstone on Thursday, May 18, 2017 at 3:45 pm
SLA guy code, a capstone tradition started by Greg and I during our senior year here at SLA Beeber. This is the first episode of this tradition we hope to start. Basically, using MTV’s guy code series as a reference, we created our own guy code pertaining to SLA Beeber and the things that go on in our school and amongst our graduating class. The class of 2017, the upcoming and very first graduating class of SLA Beeber, most of us have been here since the start of the school itself and others came to fill in as time went on. Most of the people that Greg and I chose to interview and include in our capstone were seniors who have been here since day one. We referenced a few topics that we came to agree that all students had something to say about and topics that were completely relevant and ongoing in our school. Although SLA isn't your average school, there are just some things that we have in common with other schools. In this episode you will get to hear students speak their minds and address the given topics, which were picked so that they sparked interest and made the students want to speak on them. This capstone has no filter, being as though we told everyone to speak their mind and be genuine, but there is no name dropping allowed. We had to make sure that no one's reputation was desecrated. Viewers Discretion Advised.
https://docs.google.com/a/slabeeber.org/document/d/1RzmOD39b-UjJK-Tx0FZDdEaPJQUDqfyH9tBKR_Ce7p8/edit?usp=sharing (Annotated Bibliography)
Posted by Gregory Alston in AMERICAN HISTORY - Roy - E on Wednesday, January 13, 2016 at 9:34 am
Posted by Gregory Alston in TECH (INTRO TO DESIGN MULTIMEDIA) - Hertz - C1 on Thursday, May 21, 2015 at 8:38 am
​1) Describe your project.
This is my Go animate project which includes three parts to my video. My video is about a alien takeover and a man needs is trying to survive by helping those who are trying to take over.

I learned how to use Go animate and create videos that are both fun and educational.

The most exciting part was showing people  my video and making them laugh.

I would get the premium version so I could make a much longer video.

Taking over Part 1 by galston on GoAnimate

Taking over part 2 by galston on GoAnimate

Part 3 by galston on GoAnimate
Posted by Gregory Alston in SPANISH 2 - Moran - A on Monday, April 13, 2015 at 9:19 am
This project was called "Eulogy(Skull/Mask) which was about people who died. The person who died was my close friend Ahmed White when he committed suicide.
This was my poem project which required us to look up a famous Spanish poet, make a biography , find a poem by them, and even make your own biography and poem too. Above is the poem I made myself.. The person I did was Jose Marti.
This project was my Spanish travel project. I worked with Terria, Mariah and Errion and we had to research a country and make a brochure, presentation, commercial and powerpoint claiming why we had the best travel agency. 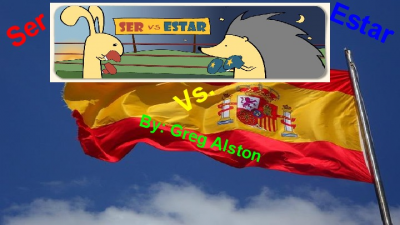 This is my Ser vs. Estar powerpoint that helped me with things like soy, son, eres etc.
This is my spanish book. We had to make a book about a kid going to school sick with colorful pictures and everything else including too.
This is my "Mis amigos, Mi amigos etc.." We had to including our voice and our families and friends with them also speaking Spanish too.
This was our commercial about travel agency about Havana, Cuba.
This is my spanish news cast with Alisa and Talib. We had to include fashion, weather, and news too.
Posted by Gregory Alston in TECH (INTRO TO DESIGN MULTIMEDIA) - Hertz - C1 on Tuesday, March 10, 2015 at 6:50 pm
These past few weeks I have been building a house on the site http://www.homestyler.com. This allowed me to make a virtual house with actual "name-brand" furniture too. Overall, this was an awesome site and gave me ideas and introduced me into a word of virtual architecture. I would love to do this again and this was one of my favorite projects.

The only thing I knew was I wanted to be an architect, so I researched blueprints and based my home off of that.

The new skill I wanted to learn was how to use the website and also learn how I would want to build my own soon.

I know I accomplished my job of learning about the website because people using the same site ask me where things are and how to move an item and I always help them. I’m not confused and I love to help them because this site was simple to use.

Another skill I learned was using an embed code. I’ve used it before with other things, however when you use this code you can see my home in both 2D and 3D which is very cool and it’s a great skill I picked up.

The thing I am most proud of is not procrastinating this project. Usually, I wait until last minute to get a project done, but this time I used my time wisely and effectively. Since I did this, I get to have a little break thursday because I have everything done before the due date.

One thing I would do differently is make a second floor to my home for exceeding expectation.
Posted by Gregory Alston in WORLD HISTORY - Roy - B on Monday, February 9, 2015 at 9:44 pm
Posted by Gregory Alston in TECH (INTRO TO DESIGN MULTIMEDIA) - Hertz - C1 on Thursday, December 18, 2014 at 8:53 am
​In this project we were hoping to learn the history of the NCAA and learn about the sport in general. The purpose was to make the website and it will help us learn about collage basketball and the great things dealing with it. I feel like I learn the different teams and different divisions. I thought that this project went pretty well, we divided the work and mostly got it done. However, if we were a little more focused would could of turned the project in even earlier. Overall, we did a great job and proud of both me and Dejah
http://dejahandgregsinvention.weebly.com/
Posted by Gregory Alston in African American History - Roy - C on Friday, May 23, 2014 at 7:52 pm

This is a interview with my Uncle William. His nationally is African American My uncle talks about how he had to be outside when going to diners and even the entertainment during this time including things like football games and radio talk shows. He then starts to talk about equality throughout the world and how everyone should be treated all the same, no matter what race. Overall, this was a very thorough interview and was very nice.

Emmett Till was a 14 year old boy who was murdered for flirting with a white woman. One August 24, 1955 he was visiting some family in Money, Mississippi. When people heard he “flirted” with a white worker two white men kidnapped him and beat him then shot him in the head. An all white jury pleaded the men not guilty which struck an out-break in black history. At the open casket funeral people saw just how bad he was killed. In doing this the Civil Rights Movement ultimately began.

This is a interview done on May 22,2014 with my uncle William Flamer. We talked about the Civil Rights Movement and his daily life during that time. The interview followed like this:

G: The interview is about… the civil rights movement.

G: The start of questions is…. did you ever encounter racist people during this time?

G: Yeah, during the Civil Rights.

G:-- So you remember people being racist, but you don’t know about it that much?

W: Yeah I was 11 years old, because people were still racist, but I don’t really remember it.

G: Do you remember people during this time? People who had like an impact on the civil rights like MLK or anyone else?

W: Yeah I remember MLK when he used to march and all…. and james brown! He had a radio station where he had talked about black.. black power and blacks being encouraged.

G: Ugh-- What was your most vivid experience in Civil rights?W: Vivid? Like what was the best thing I remember during this time?

G: Do you remember Emmett Till?W: That the guy the hung?

G: The threw him in the water and they let him drown after they beat him. Umm.. did you ever witness people get injured?

W: Nah… I never witnessed that.

W: What year was Jackie born in?.. Oh yeah.. I remember hearing stories where when white teams stayed in hotels for games,,, he could not stay in them.

G: The last question is…. did this time affect you much? Like how did this affect you?

W: How did this affect me? Yeah it affected me because I think all people should be equal and should not be treated different because of his skin. Were all the same person and you should not judge a person  by the skin of their color. God created all people equal and its not like one nationality is better than another or anybody else. That not right. Yeah that still affects me today because certain people are down and others excel. Thats not right.

(Hand shake) G: Thanks again and no problem uncle.