In our group, I was responsible for a drawing up a blueprint for our aquaponic system, Research how to put together the electrical components for aquaponics and help assemble it to the best of my ability, Research and help put together carbon cycle slides, design and print out our laser cut aspect for the aquaponics poster, and communicate with other groups on what changes need to be made with the aquaponics system.

What did I learn?

I learned how to set up electronic portions of a fish tank or aquaponics system (even though we never got it consistently working). I also learned the function and use of an aquaponic system and how it may be important. 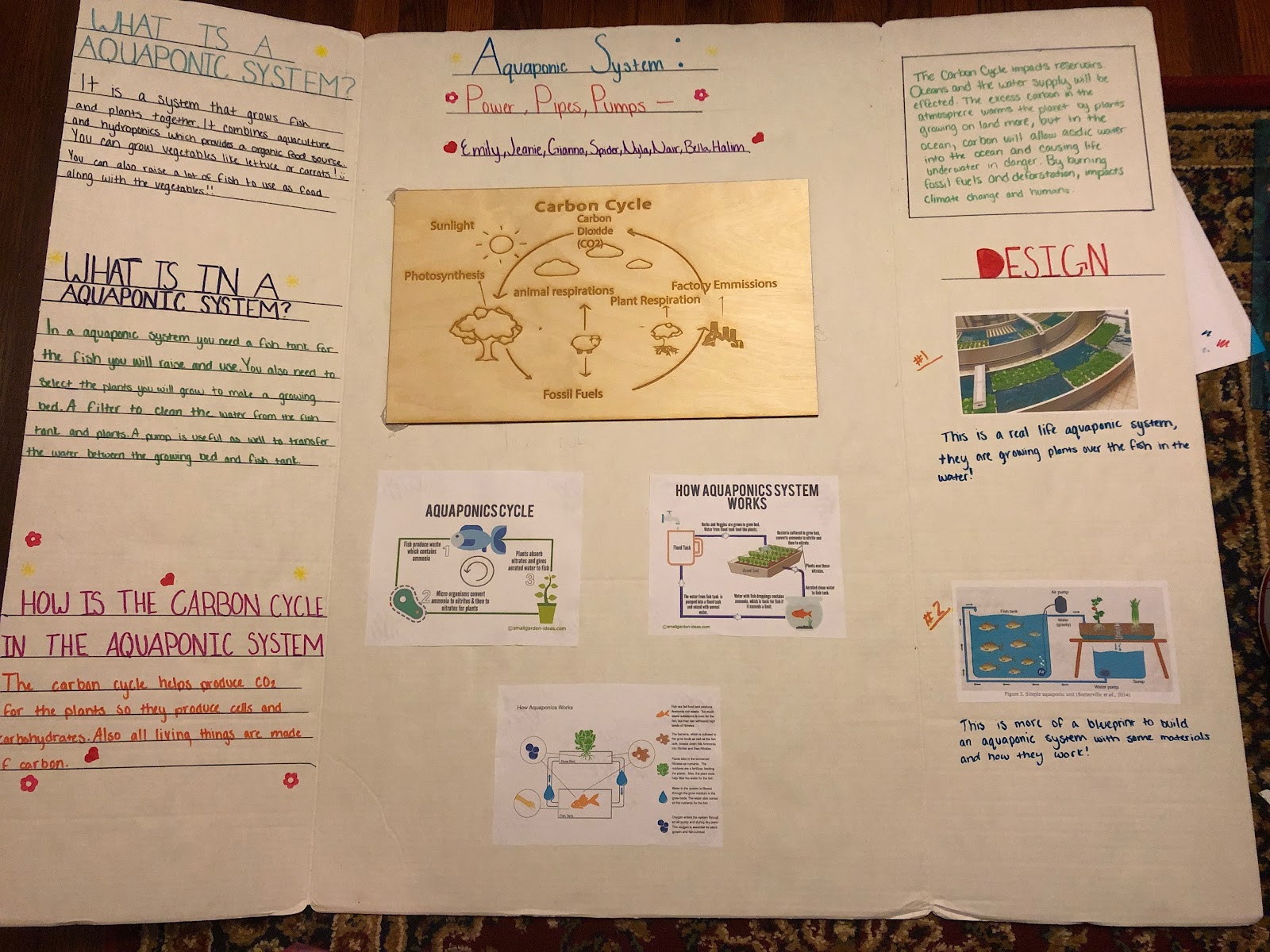 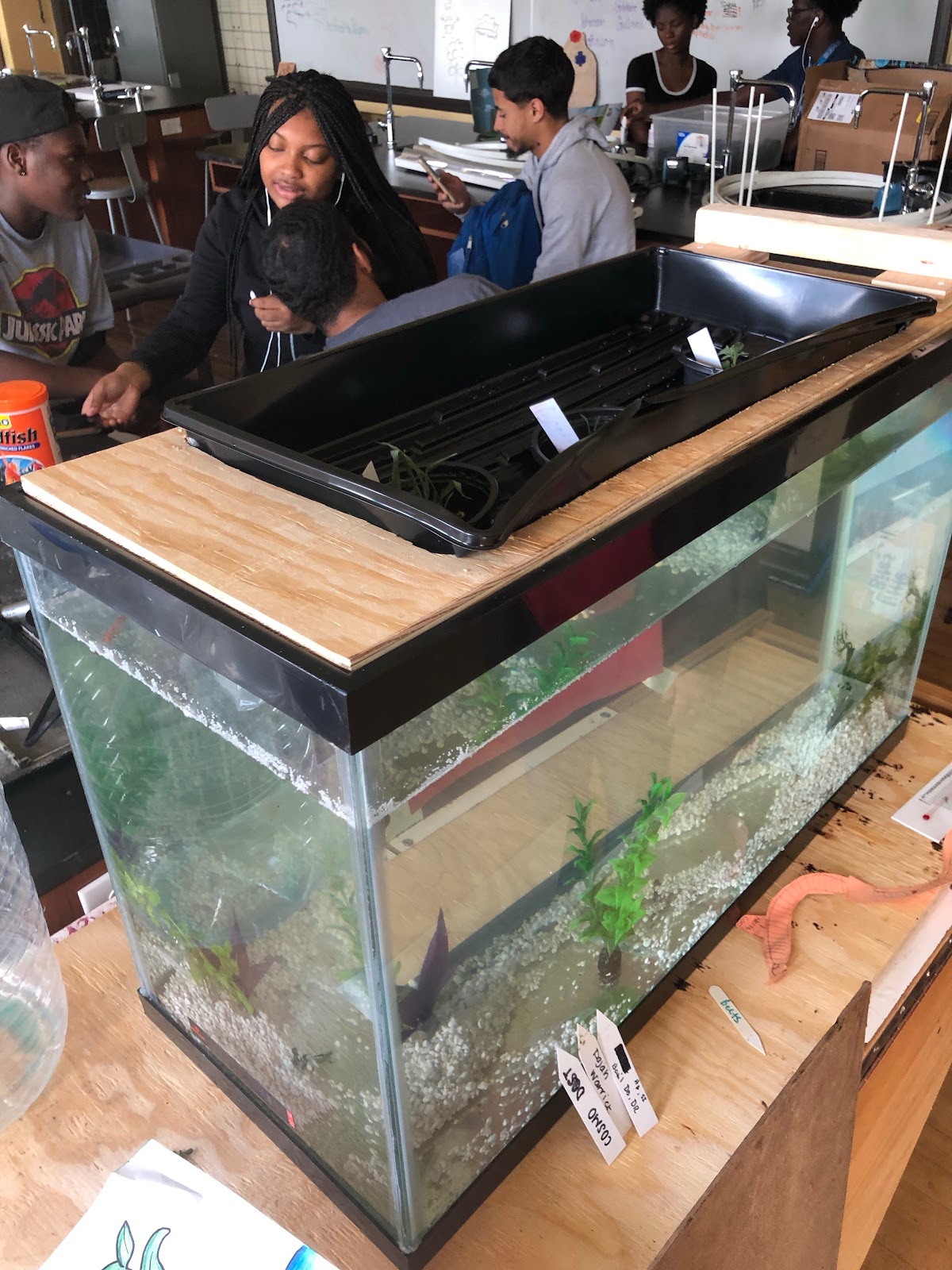 Posted by Spider Basso-Davis in Biochemistry 2 Honors on Thursday, March 21, 2019 at 6:14 pm
I​n this benchmark, my group and I looked at and compared the anatomy of different animals. These animals ranged from mammals all the way to amphibians and what we found was that although these animals were different but they had a lot of similarities. Like other aspects of these animals, the circulatory system has adapted to be the most suited for its environment. For example, whale hearts are perfectly geared for distributing the massive amounts of blood to the whales huge body. A lot can be learned about how organ systems function through examining those of other animals.
https://docs.google.com/document/d/1bVq_9IKSL2OTYZRs6pjacv6dqwm_rFPAjbR7q0pfbdQ/edit?usp=sharing
Posted by Spider Basso-Davis in Biochemistry 2 · Aziz · A on Wednesday, January 9, 2019 at 11:54 pm
file:///C:/Users/spide/Downloads/Keystone%20Krammin'%20-%20Spider,%20Gianna,%20Anthony,%20Tamiah%20-%20FINAL%20(1).pdf
Posted by Spider Basso-Davis in Physics · Gray · A on Monday, June 5, 2017 at 5:31 pm

We chose to do a computer as a sculpture because we are very connected to it in almost every aspect of our live and are just huge fans of computers and using them. It is the best instrument of having fun, doing homework/school work, and netflix. It shows that are modern and like to adventure through the internet.

The picture you see in front of you is the room that belongs to the billionaire Spider Despereaux. Right now he is just relaxing in his house because he needs to relieve himself from stress before he starts his next architect design project. You are just looking at is his living room. In it you can see is his own portrait of him that one of his old artist friends made for him. You can also see one of the plants he got on one of his trips to Hawaii. The last thing is a birthday card he got from his family saying hello from the other side of the country.

The truth about being online is that there will always be someone on there who may say something mean to you if itll be honest or not. If you’re going to be online you need to be aware that there aren’t always going to be nice people and you need to just have a thick skin.

If you want to be known as a good person online you’re going to have to be really careful of what you post and say because otherwise it’s there forever and theres no taking it back. Of course you have to be aware that no matter what you do there will always someone out there to hate on you.

Does the internet have rules? I say it doesn’t nore should it. The internet is this place where people can annonymously say litterally anything and i dont think that they should be punished for it unless it can harm someone else.

What a cyber bully is is someone who bullies someone over the internet because they think they can get away with it. The most likely reason they do it is that they think its funning and it gets a good reaction out of the victim.

Some advice that i can give so people arent harmed while using the internet is: dont take anything too seriously. You need to know that the person on the other side typing at you is a sad human being who would rather be hurting someone else rather than doing something productive.

If you don’t know what a troll is it is someone who is savage honest and rude. Most of the troll really dont consider how what they say will offend the other person but also they’re extremely honest. They say excactly how they feel about something and honestly i think they help out other people by pointing out flaws in thing and also getting other people to have a thicker skin.Slide 1. The internet has changed communication in a lot of ways, some better and some worse. We can communicate way easier but also people can bully a lot easier. People everywhere on the internet enjoy bullying people because they can get away with it and not many people care. But the people who do get bullied can get it bad, most people will think “Oh yeah i’m on the internet what should i expect” and do the same thing to the “bully”. I’ve seen cyberbullies because I spend a lot of time on the internet and you start to just ignore them.
Posted by Spider Basso-Davis in English 1 · Bentum · D on Friday, December 2, 2016 at 2:50 pm

Creativity allows me to learn in a way that I find is interesting and sometimes fun that lets me learn while also learning something else. Doing something creatively in my opinion is awesome seeing that you don’t have to follow the crowd, you can do something in your own way and it will be accepted for it is creative. At my old school they would say we encourage creative thinking but when you did it creatively and didn’t do it exact which just seems baloni. Now that i’m in a school where they do actually teach you in a creative way that can sometimes actually be fun i’m really happy.

I personally think that i’m pretty innovative so being able to do things in a  creative way that’s accepted as the right way is awesome; now i'm not saying doing things the super proper way is bad or anything but it does get boring which is why i like things that are weird and things that change so they aren’t boring and makes me uninterested and just not want to do it.

Learning in a creative way sortof allows you to be able to not just remember something and have to just have that information for the next test then forget it all because for some reason if i'm doing something that i hate in a fun way i’ll actually remember it more and that is the right way to do it, in my opinion.

I think that creative thinking is something that is super cool because it helps you do things that a way that is different.

My Blog is about a Youtuber Named Keemstar who was on this channel called DramaAlert. This whole event started when he became more popular and started being a cyberbully “manipulator” and it drew attention to him.A group of other youtubers started making videos on him exposing some crazy obnoxious stuff that he’s done including DOX threats,actual threats,false pedo allegations, trying to sue people,exposing other youtubers personal information and last but not least SWATING.

Many videos have been made on him exposing the stuff he’s done.There are videos of him insulting black people and their culture that was EXTREMELY bad.Keemstar has made several false pedo allegations against a whole bunch of different people.He has accused two youtubers and a 63 year old streamer of being pedofiles who were completely incocent.Bashurverse and Tobuscus were the two youtubers had mental breakdowns.

A youtuber of the name Pyrocynical tried to help out another youtuber by making a video on the video Keemstar made on Tobuscus that was about his Pedo allegations that basicly ruined Tobuscus’s whole career.Keemstar then comes at Pyro him with slander,showing private information,and then just randomly threw out some false pedo allegations because he couldn’t come back with anything else.

Most of the youtubers tried to remove him from youtube because of all the stuff that he’s done to annoy and harm other youtubers but he just wouldn’t leave so they got lots of people to unsub from him and sub to another news channel called Scarce.This sort of worked but he was still around.

Since Keemstar has been ruining people youtube careers, offline lives, and literally trying to sue people for just making a video on him,he’s also ruined his own, his Drama Alert career has been ruined along with his reputation on almost every social media website.