In this project, I decided to make my name sculpture because a name is something that represents our identity. It’s something that makes us who we are.  And therefore it's really important to work hard and to succeed in life, so you can be known as a good person. My name is really important to me because it means “made of gold” and that's why I want to work really hard in my life to actually shine my life as golds.

Posted by Zarin Shyma in FreshmenArt on Thursday, May 18, 2017 at 6:47 pm
​The person who lives in the room is a girl, who wake up in the morning and preparing to get ready for her class.
When she woke up she first opened her window and cleaned her bed. Then she sits on the chair and reads a book for 15 minutes. Then she chose her today's clothes from her closet and she also  picked her favorite matching shoes from her shoe rack. And then she went to the bathroom to get ready for her class.
Posted by Zarin Shyma in Technology- Freshmen · Hertz · e2 on Wednesday, December 14, 2016 at 10:56 am

Immediacy- how quick a photo, comment, or video can spread  around the world.

Lack of control-  After you  post something on online, you’re not going to have that much control on it.

The two ways that you can actively manage and protect your identity and your reputation online are you should create a password that is hard to remember. And try not to put your private information like your phone number, addresses etc online.

I think the Internet does have rules but most of the people don't follow them for example: you cannot use facebook until you're 13.

Cyberbullying is the act of bullying someone  by using technology.  (as by posting mean or threatening messages about the person online)

The woman who committed suicide after being accused

The Article  is about Sushma Goswami, She is a 24 years old Indian Graduated girl, when   she completed her graduation she Opened a Facebook account where she has more than thousand of followers. Now she spends her most of the time on social networking site. and the site quickly turned into an addiction as she started spending hours in front of her computer.  Which also affected her younger brother he also took a liking for it.  Spending time on social networking site also make them not to focus on their studies. And that's why they both raised the ire of their parents for neglecting their daily chores while doing little else beyond spending time online. In February 2014 Sushma became  so frustrated of her parent's objection for using social media and that's why she committed  suicide by hanging herself from a ceiling fan. 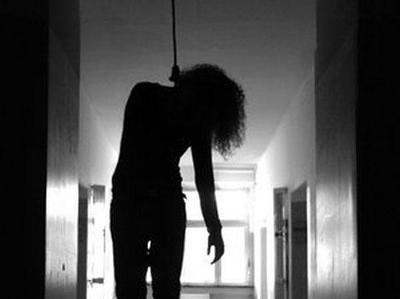 The Immediacy played into this article because Sushma’s  interest on social media causes  her to committed suicide.

Permanence played into this article because even though she past away but her Facebook ID will still be there because she didn’t delete her account.

Lack of control also played into this article  because now people can get her information, photos, status etc from her account because now she don’t have any control of it.