My capstone was based around the question “how does one person in a community cause a positive effect on the rest of the community?” As I went through the process I was able to finally do something which could benefit me, my community, and others watching me. I decided to create mini vlogs showing what it’s like helping other people watch their children. I was able to gather up some kids on the weekend who I normally watch and keep them for a few hours. Sometimes I charge and other times I did it for free. The people provide for the children and I provide everything else such as food, snacks, somewhere to sleep, somewhere to play, toys, etc. Through this experience, I was able to see that at some point parents need help as well. It’s not always easy taking care of a child by yourself. Showing people around me that they have support no matter what was the biggest takeaway from this project. I was able to grow more bonds that I never knew I would’ve had before. Being able to gain a new level of trust with parents and children just shows that anything is possible if you put your mind to it.

https://sites.google.com/slabeeber.org/final-presentation/home
Posted by Dillynne Wiggins in Environmental Science · Sasso · A on Tuesday, May 10, 2022 at 11:16 pm

When I think of water pollution I think of plastic in the oceans, trash, and all of the waste that has been blown out into the water caused mostly by humans. Water pollution is the release of substances into bodies of water that makes water unsafe for human use and aquatic ecosystems. This could be caused by runoff, animal medicines, slurry, sewage sludge, and manure, Water pollution is a huge problem that affects not only animals but humans as well. The video that we’ve created allows us to identify what water pollution is, who is affected by it, and other information that was needed. I feel that overall my group did a good job with creating the information but we could have worked on time management a little bit better. The only thing I would have done differently was to think out the video more thoroughly even though it’s good there is always room for improvements. Looking back at our video there wasn’t a most meaningful part. I feel that everything we said was meaningful because water pollution gets talked about but not as much as it should. Just learning about new ways water pollution can affect many different factors was the most meaningful part.

Some people might say that the water crisis is an environmental issue while others may disagree. I feel that the water crisis is an environmental justice issue because environmental justice is about the people and for the people. Environmental justice is the fair treatment and meaningful involvement of all people regardless of race, color, etc. So no matter the situation it is supposed to benefit all people. If people in lower or higher income areas have water that has lead or some type of issue then it should be fixed because if not then we the people have to suffer. A lot stood out to me. It just shows the similarities and differences that many different areas face. I feel that each issue could have a variety of ways of being solved but has yet to be done. I felt that in all places funding is hard and that may be the hardest part. It’s like we want to help and we try hard to but our trying could be damaging this more. How can we make a change? 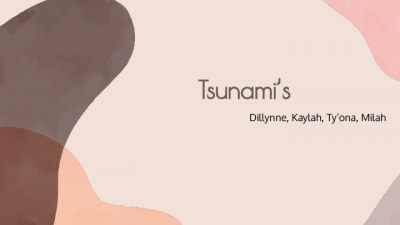