Slide 2: An explanation of how the Internet has changed communication. Make sure to use at least one specific example.

Slide 3:    Immediacy : when you post something and people immediately see it

Slide 5:    Lack of Control when you can't control what you put out there.

Slide 6:  What are two ways that you can actively manage and protect your identity and your reputation online? (one of each)

Slide 7:  Answer the question: “Does the Internet have rules?” Use at least one specific example.

Slide 8: Define cyberbullying in your own words.

Slide 8:  Provide advice for: victims, bullies and bystanders of cyberbullying

Your Top 5 tips for using the Internet

Slide 12:  Don't send anything inappropriate to anyone 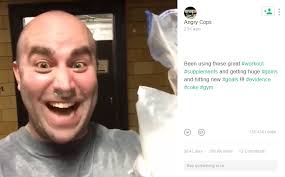 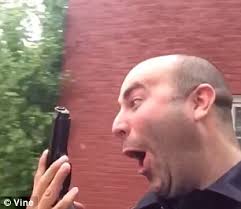 In this article an officer was suspended without pay for using the internet negatively. He was posting vine videos of him stealing cocaine from evidence room as a joke. He is a cop from Buffalo, New York named Richard Hy. He was lucky he kept his job (so far). His account on vine was called “angry cops”. Richard Hy broke a policy when wearing his uniform in some of the videos. In the videos he pretends he is a shot suspect, taking cocaine from evidence locker , and also makes fun of people who are over dose at a drug court etc. When he got in trouble he made a statement on vine saying “I'm blowing up on the news right now I guess Cops can't be funny or have a life outside of being emotionless robots”. Lack of Control played a role in this article because Richard Hy wasn’t able to control who and want was able to access it. Richard Hy was not thinking before posting, he didn’t notice that the police department and other cops were going to see it. In his videos he was being very immature when pretending to be someone. Richard Hy thought many of the videos were funny but other people it was very disturbing and offensive. Permanence played a role in Richard Hy situation because everything he posted is now permanent and shared. Millions of people now so it and shared it and showing others. Even though if he deleted it’s still out there because he can’t delete it off the internet. Immediacy also played a role in his situation because his videos went viral fast. Many people shared , and liked his videos making other people see it and many other officers.