Originally we were going to do something simple but we wanted to exceed expectation and think of something nobody else in the class would do. The most common thing other people did was attach lights to something and since we didn't just want to attach lights to something and have it look like we didn't put any effort in it. I saw this video https://www.youtube.com/watch?v=sy1dYFGkPUE and i wanted to make something like it because it represent art and hip-hop culture a bit because of the samples they used in the music and the messages on the shirt. Although we didn't make anything explicit and kept it PG on the shirt we tried to spice it up a little bit by drawing the deuces sign on it. That dueces sign represents No worries and no problems  to us, so we drew it because we thought we wouldn't have no problem doing these benchmarks and standards. In the end we made a good project and were very proud of it.

the internet created a new way to communicate from far distances. For example 2,000 years ago the early Romans used pigeon post to communicate and that took awhile for the reciever, and also in the 1820s it took 15 hours for someone to receive a message through mail. The internet paved the way of instant communication changing it from a slow process to an instant process.

The internet does not have rules, but the things you do on the internet can be illegal.

One can not have ruled but still do illegal things for example, there is no rule about doing your homework but it is illegal to burn the homework in class/ arson.

cyberbullying is bullying online, which could include trolling, spamming, hacking, ect

One kind of cyberbullying is trolling, this is when people pick on a younger audience to make them rage and do things they don't want to do. When you see a troll block them

Another kind of cyberbullying is spamming. Spamming is when someone sends you repeated messages to annoy you. When you see a spammer block and report them

3. Don't meet up with adults at all

5. Ask your mom to buy something you want online because of you are not attentive you will but something that you did not want.

So this guy with bad grammar decided to post on an actual website about how bruno mars is gay. It doesn't really make much sense because how the article is worded and, the guy who made this doesn't  justify his answer but, its basically supposed to be about a rumor going around “about his gay”. One website says that he came out on a radio station on april 1st, april fools day, and that people thought it was real because of the way he talked. Other websites just claim it as a hoax.

Bruno mars has no control over “Bruno mars is gay” , there is no known evidence to show bruno mars reaction to the website or even if he did it at all. This is where lack of control plays, Bruno mars did not create this website of obscene content and most of this stuff isn’t even true. People can believe if bruno mars is gay but  they won't know the truth because they have control over the website and bruno mars does not. Anybody can go on the website and change whatever they please with the guy who made the website’s permission, thus showing that bruno mars has no control on the propaganda used against him. Since then it spread from website to website to twitter to instagram to CNN and so on. Just google #Does Bruno Mars Is Gay.

Bruno mars is gay started after the april fools radio coming out, From April 1st 2012 to November 2nd 2016 and still going this has been a buzzing rumor about if bruno mars really is gay or not. Permanence shows in this because the rumor did not die out in fact it became bigger forging itself into hashtag to meme. Every comedian talks about this undying trend and it's hard to pin point if its real or not because of the poorly worded original website the rumor came from. CNN says that they had him on a radio show in april 1st. This affected bruno mars’ career because if he’s gay or not he has pride in what he identifies as, “I will not go to great lengths to spread this news. The timing is bad, I hadn’t realized it was April Fool’s Day but it’s been pointed out to me and I don’t want to go too public with this. I don’t want it to be disregarded as a joke. My sexuality is no joke to me and it’s come out a little faster than I’d hoped.”

Bruno mars has no control over this website all about bruno mars, the person who made the website can take it down at any time but can never erase the whole thing. #Does Bruno Mars Is Gay  is controversial , you can't erase it because it's a meme and it won't die out, I lasted about 2 years now. This shows Immediacy. 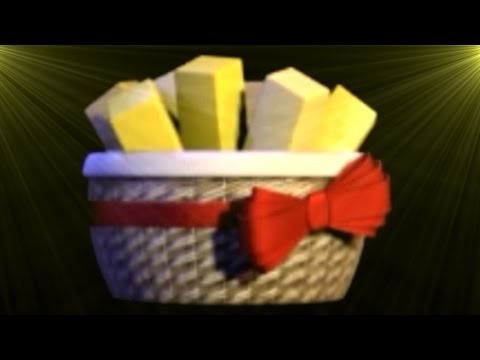