inperation from some games and tv shows I look at, so I came up with the idea of a guy holding

A radio in one hand and a hammer in the other, he weres a pack with tools a nd air the outfit

Posted by Tamir Speights in Biochemistry 2 Honors on Tuesday, January 16, 2018 at 3:29 pm
https://biologykeystonestudy.weebly.com/ 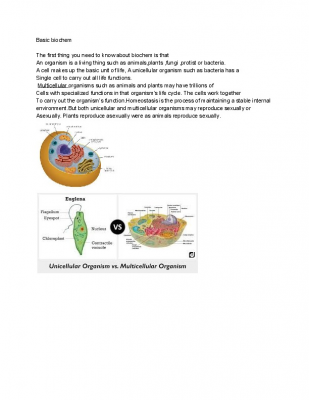 Posted by Tamir Speights in Intro to Film & Video Prod · Hertz · d2 on Friday, November 3, 2017 at 3:10 pm
For my website design, I built it to foster people to have a site that I could be proud of and use at any time to display My workings that I have done in the past. Some things as I went on some problems that I encountered was making sure that all of the text and imaging was placed properly on the screen, how you navigate through the UI Is simple to the point so there is no extra hassle in finding what you're looking for. things that my website offers Is some background on who I am and some things I indulge in on my free time, apart from that you will Find On my project page a reasonable amount of projects that I was involved in around my city. The life of this website was very tricky at first but I got it to work at the start I laid out where My navigation is for starters. After I started on my home page with a very simple layout of two Images from projects I did and a short quote from me “enjoy want you to find wonderful in life…”I wrote this because I believe that people should enjoy the things that satisfy them that could be Making websites or sports. Next, I begin my about me page this was a doozy to write Because I always had the problem of putting my thoughts on paper/text but The current way that I have it uploaded is suffice. The project page has lots of things to look at many projects I've worked on will be displayed there.
Posted by Tamir Speights in Art 1 · Hertz · d1 on Monday, October 30, 2017 at 3:02 pm

In it, he takes on problems that can be true in real life many

For my art, I had a vision of this character living in this game world fighting as a TMS operative.

In this TMS Is a coalition group that Is fighting a revealing faction named the local people’s unite.

Residents of the nation,

For 15 years Residents of the nation are suffering from lack of basic needs, the united nations are

Put into action. For the next few years, the UN deploy a chain of spokesmen, community leaders,

And private protection units out to help.

Leads to The UN on an attack with their small coalition.

Posted by Tamir Speights on Tuesday, June 7, 2016 at 9:20 am
Why I use this hat for my project was because I never  put it on so I though It would be a good idea to use It for a project.
This gives me an idea  this is the name of the hat why because It because It's like a cartoon when you have an idea the bub
pops up over your head.
Why I did the light set up the way i did was because i though it would be a great idea to have four
Posted by Tamir Speights in ART 9 - Hertz - a2 on Thursday, June 2, 2016 at 3:42 pm

this drawing takes place in the future 4098 the guy is on a ship heading to a space station do to a colony  failure of infection of an unknown life on the planet that forced an evacuation of the planet as this guy is looking at his room  on a 8 year trip back to one of the main system stations  over his time on the ship he has seen some crazy things out of his widows over the past 5 years of his life on the ship now 17 years of age he thinks what his last few years of his life would have if the infection never happened.

Posted by Tamir Speights in ART 9 - Hertz - a2 on Tuesday, May 3, 2016 at 10:45 am
​The meaning of my street art  was to show a little bit of what i like. Some of my channel  stuff is in there to. this for me was a really good way to show what i like in a creative form. Somethings that inspired me to do the art that i did was some games that i like to play and my channel both stuff i love doing and what better way to show what kind of person i am then what i like .
I picked this locution because of its hot spot for people walking by. My art change my perception of by showing me how to see it differently like i use to think that street art was just people putting things on the wall  and not seeing as there out let to the world.All over the city i see it change do to many factors such as taste culture music and etc...
Posted by Tamir Speights in TECH 1 - Hertz - a1 on Wednesday, January 20, 2016 at 10:55 am
Posted by Tamir Speights in TECH 1 - Hertz - a1 on Wednesday, November 18, 2015 at 11:28 am

i sign up for a career i have a good rep on my name so people don't take me for a joke.

when i think of what is appropriate to put online is i consider if it could hurt people i consider if it’s more a personal vs a public thing.some pros are sharing online could help people with something or you could learn from someone a con is that you will be more exposed to the world over time how a lack of control can affect you is you could be publicly embarrassed or you could limit your self