There is three simple objects in the photo. A dark brush on the left side with many bristles. A water bottle in the middle and a regular light brush with an average amount of bristles.

This is based on my personal experiences. These items are the thing that I carry everywhere with me. This could also be considered to be part of me, my identity. Without these items I may even be a different person. I know it may sound like a scratch but it is the truth.

For this artwork I didn’t really used that many tools or materials. I had a piece of paper, a pencil, hard pencils, and my fingers. Let me start with the oddest one first, I used my fingers to gauge the size difference amount my objects and try to replicate it. Then, I used my pencil to sketch and shade my objects. Of course I used the paper to make the art.

This follows my previous work is by using less about of materials needed.

To make my still life. I first had to set up my still life. One brush on the left, a water bottle in the middle, and a brush to the right. The first thing I started to draw was the water bottle, since I felt like doing the middle object would be easier and helpful for me to draw the rest. After doing that, I made the negative space among the objects making sure the size differences were the same. I quickly made both of the brushed. Then, I added more details to the objects, later shading it.

It wasn’t an artist that inspired me to do this. It was a Youtuber 360jeezy. It was a simple fact that he had great waves and he helped others to get waves. SImple as that.

One thing I was focus on was to draw the negative space among the objects because have that you would have all of the same shapes you wanted.I started to use the negative space technique a whole lot more, and I am grateful that I am more experience with it. I liked that I improve on the art each time I made it.I wish that I could of made the wood material more noticeable because I thought I didn’t to a great job with it.

I think still life help me to gauge the difference of sizes among the objects and rely on the power of negative space. 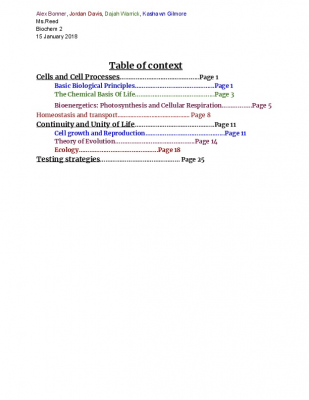 My work is more something that is over exaggerating a characteristic of myself.  If you look at it, you will see some kind of animal. That animal is a sloth. We know that sloths are lazy, and a huge slacker and doesn't, really move that much unless they have to. They will still get their work done but with the less amount of effort than anything.

The thing that I want to communicate to is really easy. Just by looking at the picture you can see that it’s a sloth and we know that they are lazy. The other thing that might confuse others is the hoodie he is wearing. It says the word royalty, it doesn’t have any words behind it besides being my favorite hoodie that I myself wear.

Well for the work I used regular sheet of paper and used my pencil, color pencils, and a micron pen. However at, first I had to print my sketch into my final copy, I don’t know what it is called but it is a type of sheet of paper that will transfer your sketch into your final if you trace over it. So really after I made my outlines I just draw in my details with my pencil and then color the things that was inside my paper. When I did finish that, I use a micron pen to outline so that the lines and details will be more apparent.

In more detail what I did, is first I print out my sketch into my final copy. After than I made some fixes which the print out didn’t really cover. I added some new things that can help see what the figure looks like. After that I used colors to color my figure into what a sloth will look at that. Then my hoodie and last the background. Soon I realised that my figure was blending into the background a little too much. So then I had gotten a micron pen to trace over my lines to make more define.

Nobody really inspired me. If anything it would be real life pictures and videos of them.

Well the technique I was trying to do would help people where my character chin is located and where is his neck was too. If I didn’t do that people wouldn’t have seen my neck and my chin.

It wasn’t that big but putting a hoodie on my sloth was the thing that I was most proud of. Mainly because Clothes don’t look right on animals generally.

If I could of blend my colors with each other better I would it love that. Since it was hard for me to try make a contrast in colors but the colors didn’t flow right with each other.

In conclusion, I learn that describing yourself can be represented as an animal and also that I need to improve my shading and blending skills which can make my art stand out more and have greater detail than not doing so.

It's been too long since I clean my room. Or even anything. It's been a long time since I did things that I wanted to. There is no reason for me to forget but yet I do. I wonder why are how. Am I lazy? Or I don’t just care? Who am I?

Posted by Alex Bonner in PHYSICS 1 - Gray - E on Tuesday, June 7, 2016 at 9:03 am
​Alex: I picked a game controller because it represents who I am. I’m a kid who loves to play games on his free time. I meet great gaming companies, I strengthen my relations with my real life friends. We can play together, all day and night even when we are far apart. We can a lots of fun with great competitions and co ops mode, that can make a whole weekend feel like a day.
Jailyn: I wanted to do a game controller because, I've loved to play games since I was super little I've always loved playing video games. My love for video games grew stronger as I got older and ended up getting me in trouble with my mom a few times. Now a days I don't play games as much as I used to since I am more focused on school and sports but my love for them will never burn out.
Posted by Alex Bonner in ART 9 - Hertz - a2 on Tuesday, May 3, 2016 at 10:14 am
The photo I created was just another way of me to reflect to my new personality when I enter to this school. My art work shows that i'm sleeping and not stressing over work, and find a way to manage things out. This art really didn't really affect me since I used to make art when I was younger. I pick the first door when we walk in because a lot of people will see it.
Posted by Alex Bonner in TECH 1 - Hertz - a1 on Wednesday, January 13, 2016 at 7:40 pm
On the first slide that I created it was talking about the things that I found on the internet that can affect me. The second slide is how people have different opinions about things and it can cause a fight. The last one means to keep things private that should be private.
Posted by Alex Bonner in Technology- Freshmen - Hertz - a2 on Monday, November 23, 2015 at 11:12 am
Explain how Lack of Control, Permanence and Immediacy have an impact on our online lives. Because people can have control of your live, like jobs.