Posted by Alisa Foster in Art 2 · Hertz · d1 on Thursday, June 1, 2017 at 9:45 am
Posted by Alisa Foster in Capstone on Thursday, May 18, 2017 at 2:52 pm
For my project as my final capstone, I have decided to use what I love and share it with my peers. I have decided to teach volleyball to my peers. Since I am very familiar with the sport and what it is you need to do to play it, I thought this would be perfect to teach to people who might not know how to play. Although only a few people were interested they still learned a lot. This process wasn’t very hard being as though I knew what is was I wanted to teach. Before I decided on coaching a volleyball class. I picked a completely different project but I wasn’t very contempt with it so at the last minute I changed it. I have played volleyball since sixth grade. I played/started all four years in high school. I was appointed captain in twelfth grade. Since I was captain I have learned that I am a strong leader so it wasn’t going to be hard to teach an inexperienced group of people the beautiful game of volleyball. After the practice, I have asked my classmates if they have a better understanding of how to play and they all said yes. This was my main goal. I thought it was going to be tricky for them to learn, but they actually picked it up pretty fast. Being as though I only had a day to teach them they performed well and to the best of their ability. The main thing I have learned through this short journey is anybody can learn a skill if the teacher teaches it thoroughly and correctly. Also, I learned that you must be patient and not yell if they do not get it because it does take time.
Posted by Alisa Foster in Capstone on Thursday, May 18, 2017 at 2:50 pm
Posted by Alisa Foster in Art 2 · Hertz · d1 on Thursday, March 30, 2017 at 8:23 pm

I have created this work to show how beautiful a simple drawing can be with a little texture and shading added to it. I made a simple island with water and trees because that was something I knew how to draw so I just perfected it. I think my work communicates that you can see a lot of beauty in color. I used different colors to make certain parts of the drawing pop out like the tree. My current work relates to my previous because all my work has a lot of color in it that represents my colorful personality. My work is like contemporary art because many artists such as Claude Lorrain who specializes in making paintings similar to mine. First, I thought of a drawing to draw, then I drew it, then I colored. It was very simple. My work reflects the world we live in by painting a picture of serene calmness of an island. People want to relax and go to an island similar to mine. I learned how to make different textures by using different shading and how hard I pressed my pencil by making it darker or lighter.

“The higher the cases of malaria are in a country, the lower the life expectancy rate is.”

Malaria is an old time virus/disease that has been around for many many decades. It mainly comes from mosquitoes. It is derived from the Italian word for “bad air”. It was originally thought swamp fumes in Rome were the cause of malaria. They thought this was true because there were regular occurrence there of outbreaks. What malaria really is, is a life-threatening blood disease caused by parasites transmitted to humans through the bite of the Anopheles mosquito. Once an infected mosquito bites a human and transmits the parasites, those parasites multiply in the host's liver before infecting and destroying red blood cells. (Medical News Today. MediLexicon International, n.d. Web. 23 Jan. 2017.)

The malaria virus has killed many people all over the world. Worldwide, there were an estimated 198 million cases of malaria in 2013 and 584,000 death. Malaria incidence rates are estimated to have fallen by 30% globally between 2000 and 2013 while estimated mortality rates fell by 47%. The cause of this decrease is because vaccinations came into play. A vaccination is a product that produces immunity from a disease and can be administered through needle injections, by mouth, or by aerosol. Vaccinations are very helpful for many different types and kinds of diseases. During the 20th century, malaria was eradicated from many temperate areas, including the whole of the EU. As a result, the disease is now essentially limited to tropical countries. With global climate change, the potential for the reappearance of malaria in countries where it was previously eradicated exists but is relatively small. Anopheles mosquitoes are in fact still present in those areas, including in Europe. ("Malaria." Malaria. N.p., n.d. Web. 23 Jan. 2017.) 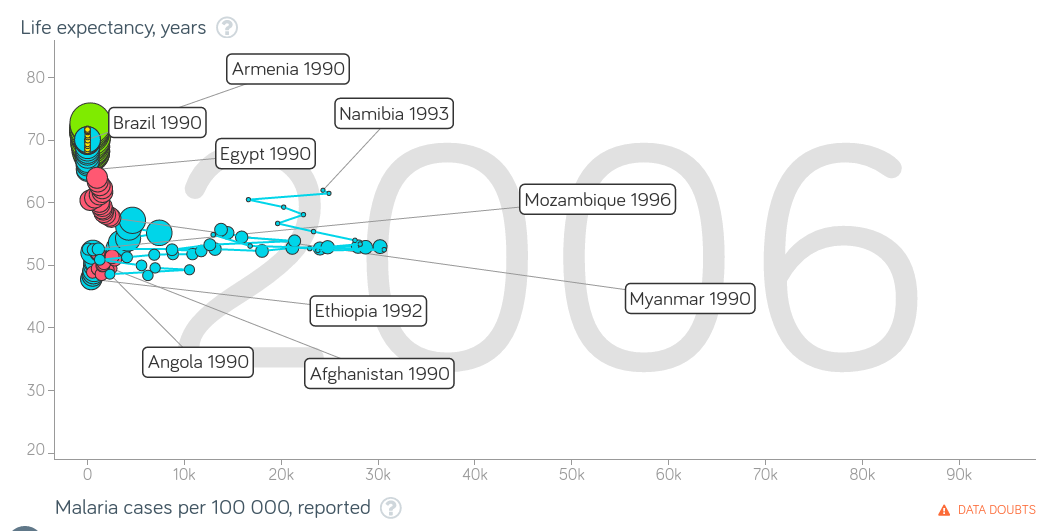 https://www.wevideo.com/hub/#view/840792548
Posted by Alisa Foster in Art 2 · Hertz · d1 on Thursday, January 26, 2017 at 11:31 am
I have created this work because to me I feel like it is very interesting how many different colors you can create with just three primary colors. I achieved to create a cute brown skin thick girl with a crown on her head with different shades. I think my overall vision was to catch the viewers attention that all thick girls are beautiful and no different than anyone else. My current art relates to my other art I did because they were both paintings and they both used primary colors. The process didn’t take long. All I had to do was sketch how I wanted the painting to look then mix the colors. I used brown, yellow and red as my three colors.  My work reflects the world I live in because black girls especially big ones are often left out or not appreciated in today’s society so I wanted to make it known that they are equally as beautiful. My work can bring more recognition on how beautiful a thick girl is. Limited Palette painting is very important to show how many different colors you can make out of these three colors. I have accomplished this technique with this project.
Posted by Alisa Foster in ART ADV - Hertz - d1 on Thursday, June 9, 2016 at 11:33 pm
Posted by Alisa Foster in TECH (INTRO TO DESIGN MULTIMEDIA) - Hertz - d2 on Sunday, April 24, 2016 at 9:16 pm 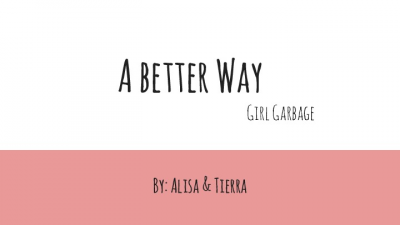 Posted by Alisa Foster in TECH (INTRO TO DESIGN MULTIMEDIA) - Hertz - C1 on Thursday, June 4, 2015 at 8:32 am
​​1) Describe your project.
My project was to make a small scrapbook of some students here at SLA B

The hardest part of this project was uploading each picture one by one. It took longgggggg

The most fun part was taking the pictures of the students.

I would have added more pictures and made it more interesting. 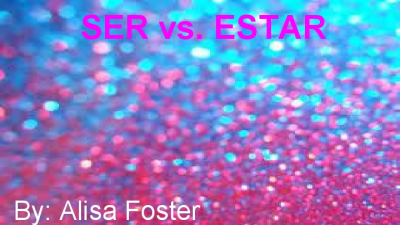 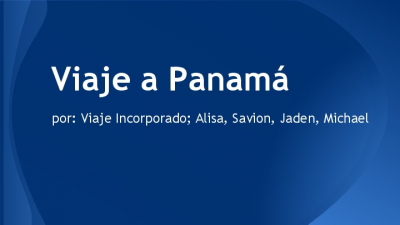 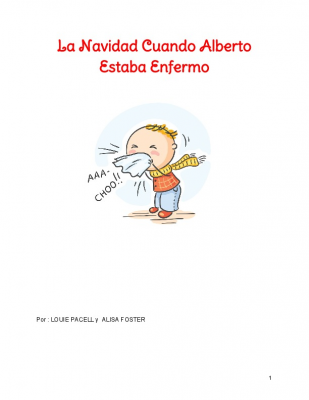 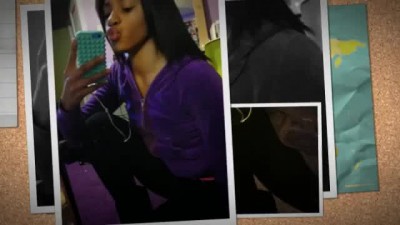 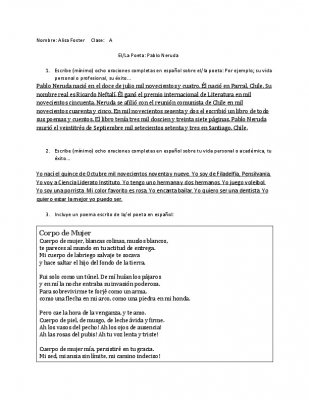 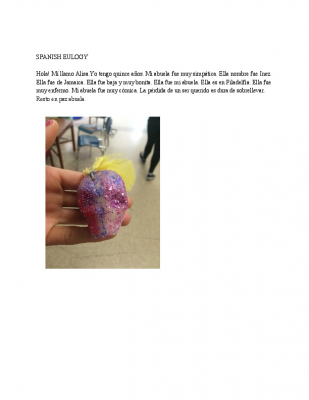 Posted by Alisa Foster in TECH (INTRO TO DESIGN MULTIMEDIA) - Hertz - C1 on Thursday, December 18, 2014 at 8:57 am
The purpose behind my project is for people to get to know more about myself. Some people just know basic things about me, but they don't know my friends and what I like. I used to Stupeflix online video maker and that helped me learn more on how to use that. That was what I wanted  to learn to use. I feel as though my project was really successful. I think I covered the purpose of making this video. I HOPE YOU ENJOY! 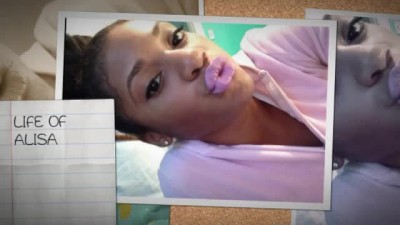 In this interview, Michael Kalman remembers his life as a young adult back in the 1950s-1960’. He speaks about how he was affected by the racial conflicts during that time period. He talks about his wife and how she was racial affected by others. He speaks about the struggles of the late 1900’s because of inequality.

Housing Segregation is the practice of denying African American or other minority groups equal access to housing through the process of misinformation, denial of reality and financing services, and racial steering. Roughly 40 percent of black students attend schools that are more than 90 percent minority, up from 34 percent 20 years ago. The existence of isolated and racially segregated housing has preserved racial mistrust, furthering ignorant stereotypes that inhibit our society from attaining true racial equality.

AF: hello, how are you today?

AF: When were you born?

AF:what race are you and how did your race play a role in the civil rights?

MK:I am caucasian and my race was split on the civil rights issue because a lot of caucasians were bigoted and some were more enlightened and not bigoted.

AF: okay,  what are the main points you remember about the civil rights?

MK: the obstruction that minorities encountered, education, government, and housing along with bigotry they faced every day and certainly the protests that happened in the 1960’s. Those are what are stuck in my memory.

AF: Have you had any  experiences with discrimination?

MK: as a matter of fact i think I have, because when i was married to a woman who was hispanic and black, we were going to buy a house, so we went to the realtor and he was going to take us to see some homes. ANd we did. But he took us to the junkiest side of South-west Philadelphia I ever seen, the most dilapidated homes. The only reason why he did that was because he seen my wife.

AF: How did that make you feel?

MK: That made me feel angry a little bit and decided to go find some other relator.

AF: Okay, and where did you go to school?

AF: What was it called?

AF: Was it a segregated school?

MK: No, we had a few black students

AF: Who were some famous people during the civil rights movement?

MK: Certainly Martin Luther King and Malcolm X, but there were many others

AF: What did you hear about MLK him?

MK: That he was a minister down South, he was a leader of the civil rights movement and he did a lot.

AF:How did you feel when Martin Luther King Jr was assassinated?

MK: I was stunned, but in a way not surprised because he lived a dangerous life.

AF:Growing up during segregation, can you recall an early incident when you recognized a difference of treatment on account of color?

MK: Basically when i was young housing was segregated

AF:Have your parents been affected by civil rights?

MK: I don’t believe so

AF: How did you feel when you heard that the nation would soon become equal?

MK: I thought it was about time, I think it was long over do, but I do not think it is done being fully equal

AF:Looking back on the way you lived back in the day compared to now, how do you feel the world has changed.

AF: Anything else you remember about civil rights?

MK: What back in the day?

MK:Let’s see families all work very hard back then, young people had a hard time finding jobs back then, and I think that’s it.

AF: Okay, well. That concludes our interview thank you for your time

MK: No thank you it was a pleasure

MK: And your a great granddaughter by the way.

AF: Thank you your a great Grandfather