“Prom has all the elements of a popular story. It reeks of all-Americanness, tension, drama. It has romance. Pretty dresses. Dancing. Limos. High school. Coming of age.” - Adora Svitak

The Capstone project that I completed along with two other partners was the planning of the Junior class prom.  The initial person responsible for the inspiration of this project was my partner Tajanae Smith, but after several discussions we decided to work collectively along with Aliyah Watson. I believe that with this Capstone project, it would positively impact the SLA Beeber community. For instance, by helping the juniors, we were able to show the rest our community that by collaborating you can truly learn from one another despite how hard you may think the challenge may be. The vision for my Capstone project was to be able to effectively create the best prom experience for the Junior class. Despite what you may think, planning a prom is not the easiest task. There are sleepless nights, constant phone calls, mass group texts, and not everyone agrees with each others ideas. However, the job must be done!

During my experience I also set a personal goal before starting my Capstone experience. The personal goal that I set for myself was to be able to apply all of my knowledge that I have learned from the five core values and apply them to my prom planning throughout the year. I strongly believe that by setting personal goals for this project, it helped me develop several skills that I didn’t think were essential for the prom.

Posted by Samihah Maven in Art 2 · Hertz · C1 on Thursday, January 25, 2018 at 6:24 pm
Samihah Maven
"AmeriKKKa" By Samihah Maven
​For this art project, I completed a multi-media piece of artwork. I am extremely proud of this piece because I put a lot of time and effort into this art piece.  My inspiration for this piece was the wrongdoings of this year's crisis. Being as though this was my theme, I decided to paint an American flag in all black in flames. The different mediums I decided to use for this piece was: acrylic paint, newspaper, pencil, and several paintbrushes. However, my attempts to complete this masterpiece was not easy at all. It took several attempts to complete the "flames" in the background. Each attempt, I did not think there was enough detail. Being as though the flames are very detailed, it took several class periods to complete. I used newspaper as the main component. I decided to use acrylic paint because I thought it would give off the "shine" and "texture" that I needed in order for this artwork to be a success. The technique I used for the flames, was a basic painting technique with a mixture of orange, yellow, and red acrylic paint. However, this artwork did teach me a lot about myself and what type of artist I am. I learned that I like to make artwork based off of things that are currently in my life; rather this is close to home or not. Yes, I do believe there are there are other artists out there who complete pieces like mines and I believe they all speak to the same audiences. Moving ahead, I aspire to create artwork that speaks and is political as well.
Posted by Samihah Maven in Art 2 · Hertz · C1 on Monday, November 6, 2017 at 2:23 pm
​“I am dripping melanin and honey. I am black without apology.” - Upile
My art piece is a portrait of a depiction of a black girl. I wanted to communicate the importance of a black girl who is versatile with her hair (rather it’s considered natural or not.) I decided for her not to have a face to show a “mystery aspect.” She does not have a mouth to show how in today’s society African Americans don’t have a voice to express themselves politically. I believe that this piece connects to some of my previous work because it is a portrait.
This is my first time ever creating a very powerful message like this piece. I am proud of this piece because I believe this artwork is relatable and it conveys a message. I believe that this message conveys a contemporary one. A message that can be seen from years down the line like Frida Kahlo’s artwork and can create an emotion for the audience to interpret.
When creating this portrait I used several materials. The materials I used to create this portrait are a pencil, charcoal, watercolor paint, a paintbrush, a piece of paper,  and pastel crayons. The technique that I used to create the texture of the hair is by drawing stroke like hairs and gently rubbing my fingers to create “smudge” like marks. I believe that this technique was crucial to this art piece because without it the hair wouldn’t look realistic.
In conclusion,  I believe if I could change one aspect of this project, I would change the fact that I have fewer details, but I am content with my work. I believe for this project I truly put my best “pencil” forward. I think that I created a very powerful message for a small piece of paper.
Posted by Samihah Maven in Bio-Chem 11 · Aziz · B on Monday, May 22, 2017 at 9:57 am
Posted by Samihah Maven in SPANISH 2 - Moran - C on Friday, April 22, 2016 at 2:57 pm
​https://docs.google.com/presentation/d/19EBKqgiThKkVr_eU8uRn-iPkEOos1cjodFx4sMbPwso/edit
During this project, I believe I did well with both collaborating and my ability to improve my pronunciation and presentation skills. I was very nervous about presenting this benchmark, but I believe I did well. What makes this project better than any other benchmark, was my work ethic. I believe I really did try and did put a little bit more effort into this group project. I don't believe it paid off very well because we did receive a 75 on the project, but for my personal presentation grade, it did. For my personal grade, I received an 80 and I felt I truly deserved it. Especially, being that the content for this project was complex.

I believe this poetry project did highlight my ability to understand the content. For this individual project, I received an 80. I was very excited. But, I do believe I should've improved on my time management skills during the process of completing this project. What makes this project different than any other project for me, was my ability to really interpret the content and context of the poem. I believe without that ability, I would've received a 75 of worse.

The person who has passed is my dear cousin Edgar “Hassan” Warren. Hassan was my cousin’s husband, but in my eyes he was my biological cousin. I decided to create my sugar skull and mask in remembrance to him because I believe this was the only loss that really affected me. Usually, I am not affected by funerals or by anyone dying, but with Hassan it was different. Hassan’s death was the only death that I actually felt sad and mourned over. I believe I mourned over his death because he was such a vibrant, loving, compassionate, and charismatic person. I thought that this project would be a great way to show that I truly cared about his death and that he will forever be alive in my heart. I also thought of this project as very therapeutic. I thought of this project as therapeutic because it helped remember the positive memories and how he was truly a good person instead of remembering how he passed.

My mask reflects him because it shows how much of a vibrant person. For example, the vibrant colors represents how much of a fun person he was. As I made the mask, I remembered the times I used to see him take my older cousin Daja and her two siblings to ride their bikes down Broad St. I used to think, “Wow. I wish my dad would do that with me.” I thought this because my dad was never a bike riding type (he never learned.) So, I explained this to him and we actually went. I was so excited this day! I mean, even though this was not my father or even biological cousin, he took me in as his own child as we rode our bikes to the supermarket. It felt like I was apart of the Warren family.

I reflected this moment through the bright colors. I used bright colors such as, red, green, pink, blue, and even a bright yellow! I thought no other colors could reflect this “biking moment” ,but those. I also added cotton balls along the top of the mask to create a “chef hat.” I chose to create a chef hat along the top of the mask to show how much he truly loved to cook and how passionate he was about food. Throught Hassan’s life, I always remembered him with a chef’s coat on. I used to make fun of his uniform when I was younger. But, I was always curious as to why he always had the uniform on (even on Saturdays.) My curiosity began to stop when I finally asked him why he always wore the jacket.

My sugar skull represents him because it is a reflection of a joke he always said. The joke was,”At least, I’ll die black.” I thought of this funny, yet sarcastic joke as I began to paint the sugar skull. I thought it was ironic and I found the humor in yet a not so funny situation.

In conclusion, I believe “Dia de los Muertos” has opened my mind to celebrating the passing of loved ones because I find it very therapeutic. I find it therapeutic because Dia de los Muertos, helps me think of the positive as I try to represent my now, passed loved one on a mask and sugar skull. I believe it helps you think of how much laughter and joy they bring to your life rather than the pain they caused by departing.

Posted by Samihah Maven in SPANISH 2 - Moran - C on Friday, January 22, 2016 at 2:57 pm
​I believe that this project went fairly well. During this project, I worked well with Morgan and our project was very cohesive. This project mainly focused on the aesthetics of conversations and how to form them in Spanish. One of the components that we needed to include in the video presentation was basic conversation/greetings. I believe the difficulty with this project was to actually make it look like my partner and I were having a conversation and pronunciation. 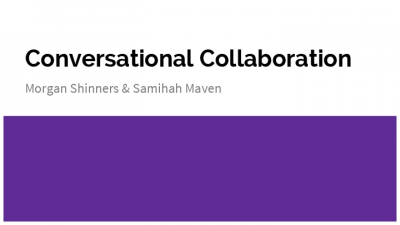 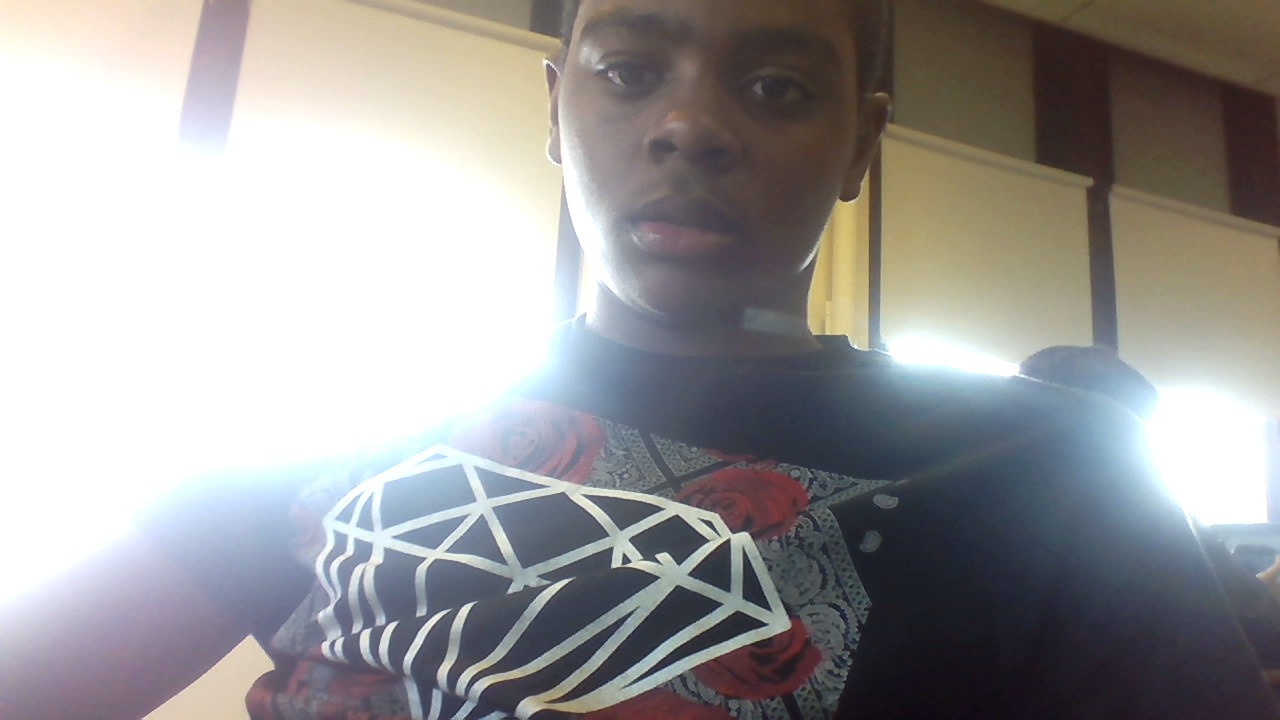 What is your name?

Where were you born?

Okay, so what ethnicity are you?

What do you want to be remembered as?

When constructing my sculpture, I chose the occurring theme of “dance”. I chose the theme of dance because it is my passion. Since I was about five years old , I was enrolled into dance school. But, my very first lesson was actually a ballet lesson. Which explains why I chose my sculpture to be a ballet pointe shoe. The pointe shoe represents several elements other than just dance itself. It also represents me. The pointe shoe represents how alive I feel when I put them on. When I perform, I feel like I am being shown in my nest light. So, I demonstrated this in my sculpture with an essential piece that helps me be shown in my “best light”.