In our video, we have a little song that makes understanding what carbon Monoxide poisoning does. We also have the stats and cause & effect of carbon monoxide poisoning. I chose this topic because this is a huge problem in the environment. Just because you don’t be poison by it, it doesn’t mean it affecting something else. CO is heating up the Earth and is melting the polar caps. Polar bears are losing their home and soon will be us since the sea level are also rising.

Provide a reflection on how you contributed to the project and the role you played in the group.

I contributed to the project by helping the group with the research and transforming it into our video. I also did the editing for the video, I’m not the best at it but I think it went well.

What did you do well and what could you have done differently?

I think our song came out better than we thought. I would try to make the video a little shorter because a PSA is supposed to be a quick video, but the song wouldn’t ex[lain everything.

What was the most meaningful part of the experience of creating the PSA?

The most meaningful part of making this PSA was the song because it took some time using the information and making it rhyme with other information for the song.

The water cycle. Rainwaters the plants so it can grow. Plants also use photosynthesis that takes light energy an turn it into chemical energy.

Understanding the cause of a natural disaster, can us help know how to stop or slow the process of it happening.

We can fix the problems by recycling and stop using toxic chemicals that can hurt the atmosphere.

Droughts can occur due to either natural or human-induced factors. Droughts aren’t a type of natural disaster that is physically destructive. This kind of disaster does more economical damage than anything. Droughts are the type of disaster that involved below-average precipitation and water supply shortage over long periods of time. Droughts often lead to the extreme scarcity of food and have led to the death of millions of people. The reason why lower levels of precipitation aid the occurrence of drought is because little to no rain means that the soil will dry out and that will eventually lead to crop failure.

We built this specific design because we wanted to challenge to test our engineering skills. We wanted the design to be based off of a superhero that we both liked, It was flash. We wanted to paint it flash colors but we only had blue lights, so we went with Flash’s enemy Zoom. So the colors changed from the yellow lighting bolt with all red, to blue lighting bolt with all black. Then it was time to put our engineering skills to work.

Lack of Control- When you lose possession of something you post

3. Immediacy online is when some happen immediately basically. For example, you can post a picture you regret and try to take it down, but it spread quick. Offline people can be quick to judge you cause of the photo.

Permanence online is when you post something and it stays there forever. For example, you can post something you regret on an old account that you lost the password to. How are you gonna take it down if you don’t know the password for that account. Offline whatever you did in the past, stays with you forever.

4. You can actively manage your identity by posting ok picture of you. So when you look up your name on Google, someone else with the same name and a bad reputation doesn’t pop-up.

You can protect your identity and your reputation is not to post anything stupid. Think before you post.

5. The internet does not have rules, but websites does. For example Instagram, if you post anything and you get reported. They can either ban you or give you another chance and just delete that account. You can’t get ban from the internet, but from website because websites has rules.

6. Cyberbullying is like bullying someone in public, but online. One type of bullying is trolling. Trolling is messing with someone and trying to get a reaction from them. Another on is shaming

7. Victim- Ignore them
Cyber Bullying- Think before you do something.
8.

Don’t do anything stupid.

Creativity while learning make me feels more open. The reason why is because I get to use my creativity mind to learn. I get to think outside of the box. For example if one of my teacher ask a question, some people will answer it boring or just to get the question out of the way. I’ll answer it creativity because I’ll be thinking more than other people will. In Spanish class the teacher asked us how are we. We can say we’re okay, but we say more than that even though we don’t know a lot of Spanish. Be creative while learning can help you to write more and think more.

A mattress store in San Antonio made a video about their twin tower mattress sale. They were referencing what happened on 9/11. You should never use a horrible moment to make money off of it. You can find it on their FaceBook Feed. She got a lot of hate for that video. Then she was on the news to explain why she made the video. She said it was stupid and a dumb thing to do. Later she apologize and said that she lost some close people too. After her apology, she still get a lot of hate from what she has done.

How immediacy played a huge row is because the video spread quick and lots of people seen it. It spread so quickly that it went to the news and spread even more. Also a lot of people was quick to judge them and giving them hate.

How permanence played a row is the video is now stuck in people's heads. Also that video can still to there store reputation. For example that video can make people judge the store before they even go there.

How Lack Of Control played a row is when she post the video and knew she was getting a lot of hate. She took it down, but people reposted it and she couldn’t take it down. The video was reposted on YouTube. Then on other social media.

My advice is to think before you post something. Think if it's a bad time to post anything. Also to not use something that impacted the U.S in a bad way to make a profit. Those are some advice I have for her. 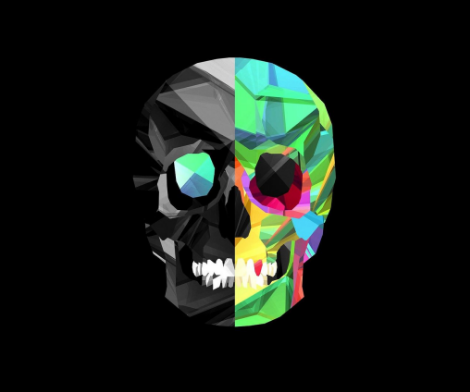