Posted by Raven Johnson in Anatomy and Physiology · Aziz · E on Monday, May 22, 2017 at 2:16 pm
My topic for this benchmark was food safety.I chose food safety because I really love food and I figured it'd be interesting to see how food safety plays into the role of public health. My role in the group was putting together our checkpoints so that they could be submitted correctly and on time. I did miss one checkpoint which caused us to receive a zero on it. I wish I would have got that in on time and that is what I wish I had done better. Although I missed that one the other two checkpoints I got submitted in a timely manner so that's what I think I did well. ​In my video we interviewed some one about their role in food safety. This gave us some insight on how food safety affects people as a whole.
Posted by Raven Johnson in Capstone on Thursday, May 18, 2017 at 3:29 pm
African American history is something that is so rich and filled with culture that everyone should learn about it. Especially African Americans. When you are a child your brain gathers almost all the information you know as an adult. Studies even show that children learn the most at ages early as 2 to 5 years old. So why are we not teaching our African American children about their people? The problem is that many grade school children only learn black history during black history month. Unlike high schools, African American history is not required to move onto the next grade, so often history teachers do not go the extra mile to teach this subject. Children unfortunately only learn what they are taught during the short four weeks of black history month, and whatever is in the usually, old, and European based history book. Also, this history is often shown in the wrong light. During black history month the main focus is the civil rights movement and the so-called “main” people involved. People such as Martin Luther King Jr, Rosa Parks, and Malcolm X. These are all great people but there could be so much more. I want to change this. For my capstone, I decided that I would create a club teaching children about black history that we didn't learn in school. We met up every Wednesday for about a month and eventually I will be taking these children to the African American history museum in downtown Philadelphia

I didn’t use many sources for my club because all the information I taught was information that I’ve come to learn over the years. I wanted this class to be very personal and not really feel like class for the kids. Here are a few sources I used to help. The Philadelphia MOVE Bombing.” Stuff You Missed in History. N.p., May 2017. Web. This article is an article about the move bombing that happened on philadelphia in 1985. This was one of the things i taught the children during one of our classes. Like many of the subjects i taught, i already knew about this subject. I simply used this article to brush up on the subject. As well as seeing if their was anything i didn’t know or might have missed.

The Bombing of West Philly. YouTube.com. N.p., 19 Jan. 2014. Web. This is a video about the move bombing. One of the subject that i taught the kids was this so i used it as one of my resources. I showed the kids that were a bit older and that i think could handle it the video and then i asked their opinions. I also watched the video myself to see if their was anything different i could learn myself.

Holmes, Corie. “10 Ways to Get Your Child Excited to Learn.” TopTenReviews. N.p., 14 Apr. 2017. Web. This is an article on how to get kids to like learning. I read this because i’m not super experienced in teaching kids so i figured this would definitely help me out with my teachings. I used some of the strategies listed to try to keep the kids engaged and wanting to learn about what i had to say. I also tried to kiddy down the subject to not be as harsh but more informative

Posted by Raven Johnson in Environmental Science · Aziz · E on Wednesday, February 1, 2017 at 9:57 pm
https://docs.google.com/presentation/d/1hNKaVkis4y2oDrE6WN1er8wNYkuDPvFO91muAxYdAA4/edit?ts=58927ff1#slide=id.g1bbbddd0d6_2_10
For this assignment i didn't really know what to expect. i had never heard of a tower garden so i was a little confused when I came and saw what it was.  Originally i had thought that it was just when  the seeds were growing over on the rack with the light. So i was very supposed and intrigued when we moved them to the real tower gardens in the corner. I also thought that the tower garden were really cool and i had been wondering what they were for a while back there.
I was kind of sad that i wasnt there the day when we planted seeds so i couldn't observe my own plant myself. regardless of this although i am having fun observing my group members and seeing how their plants are growing. I never knew that seeds could sprout so fast so to say i am intrigued is in understatement.
I also think that tower gardens are very sustainable. It makes me wonder why people don't have them in their house. I feel like they would be great way to grow your own fresh and healthy food and help save money because you wouldn't be spending so much at the supermarket. It also makes me wonder is there anywhere  in philadelphia where they do practice using tower gardens.
Posted by Raven Johnson in Environmental Science · Aziz · E on Wednesday, January 11, 2017 at 11:29 pm
Posted by Raven Johnson in Environmental Science on Wednesday, January 1, 2017 at 11:13 pm
https://youtu.be/HDx0gALcXe4
For our project we did a psa on air pollution. The psa was basically about what would happen if  to ignore it and about a specific neighborhood in Philadelphia that is immensely affected by air pollution. I chose this because I believe that air pollution is a big problem in America and people don't make it as important as it is. I
I contributed to the project by doing whatever was asked of me and also lending my phone when we were having technical difficulties with the camera.
I did the parts that I did so very well such as doing my part with the voice over and our check points but I wish I would have helped with the editing of the video more.
Overall I think the most meaningful part of creating this psa was being able to inform people of a problem that affects the whole world. Also it was nice to be able to relate this big issue to our own hometown.
Posted by Raven Johnson in Environmental Science · Aziz · E on Sunday, December 4, 2016 at 4:52 pm
The Dakota access pipeline is a pipeline that will connect the rapidly expanding Bakken and Three Forks production areas in North Dakota to Patoka, Illinois. The pipeline’s purpose is to enable the transport of domestically produced light sweet crude oil to refining markets in a more cost effective way.
The problem with this is although it may seem harmless, the project could have a big effect on the environment. It could cause things such as oil spills, more pollution, and the further endangerment of already endangered animals. Also one of the biggest problems that people have with it is that it passes through standing rock, a reservation that houses many different Native American tribes. Their concern is that the pipeline could harm the sacred grounds that is passes through.
Social media has played a huge role in all of this and environmental justice as a whole. It has helped get the word out about protests, the reason for them and what the courts are saying. Also people have been using it to show what happens at these protests with pictures and videos. Hashtags such as #NoDAPL, #StandWithStandingRock, and #HonorTheTreaties have been the things that carry the solidarity these protests have created. I think that if they keep these protests up then something great could prosper from them.
Norway's Largest Bank Sells Assets in Dakota Access Pipeline Company
This article talks about how the largest bank in Norway has been in the talks about canceling the three loans the bank has given to finance the Dakota access pipeline. I think this is one small step for the Native American people protesting this pipeline. Although the bank may have not done this because of the protests, it still helps.
In head of all this I feel the American people should stand behind the native Americans in protesting this pipeline. I feel as though if the government listened to them and tried to acknowledge that this is sacred land to them they would realize what is the problem in all of this. I also feel if that is the attitude going into any situation than we could have a more environmentally just country.
Sources:
http://standwithstandingrock.net/history/
http://www.daplpipelinefacts.com/
https://mobile.twitter.com/home
https://www.democracynow.org/2016/11/18/headlines/norways_largest_bank_sells_assets_in_dakota_access_pipeline_company
Posted by Raven Johnson in TECH (INTRO TO DESIGN MULTIMEDIA) - Hertz - C2 on Saturday, June 11, 2016 at 8:10 pm 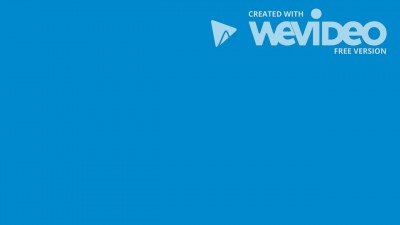 For this project i chose to teach people how to use s'more. I chose s'more because i figured that it would be an easy subject since i have worked with it many times. The process overall was fairly easy but i did have a few bumps along the way. For example i have never used any video tool to record screens so i had to figure out which one was best for me. I chose screencast because it was the easiest to use. Another problem i faced though was getting the video done without any interruptions. I always tended to mess up or someone else messed me up so i was relieved when i finally got it done.  Overall this was a very easy project that i enjoyed doing. I love helping people and this was just the way to do it. I hope that people can look at my video as something informative and helpful. It was  a pleasure to make.
Posted by Raven Johnson in ART ADV - Hertz - C1 on Thursday, June 9, 2016 at 8:42 am 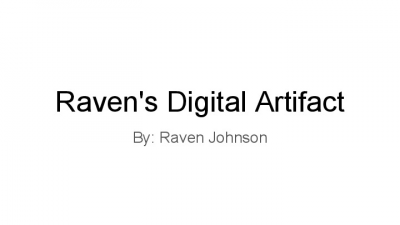 While completing this project i learned that using the 3D printer is not as easy as it looks.

The hardest part was getting the 3D printer to print out my design correctly because multiple times it did not print out the correct way.

The most exciting part was seeing my design come to life on the printer and seeing how the printer creates things.

Please answer the questions below. Do not delete the prompts!

i knew how to gather information to put on the website

Posted by Raven Johnson in WORLD HISTORY - Roy - B on Monday, February 9, 2015 at 7:06 pm
Posted by Raven Johnson in PHYSICS 1 - Gray - A on Monday, January 12, 2015 at 7:50 am
​In Physics we had to create an electric art project that showed our personality and represented something about you. The reason i chose to make this sculpture was because i am a very avid reader. I could read for hours and hours on end.  Since this is true i decided to use a book to be the primary factor of my sculpture. This sculpture says about me my love for reading and being intelligent and articulate.